Mark Duncan has also been assistant

at Crest, Richmond County during career

MORGANTON – Mark Duncan, defensive coordinator at Freedom High since 2017, will be Patton’s head football coach as the Panthers head into their 13th varsity season in February.

A press release on Wednesday by the Burke County Public Schools said Duncan will leave Freedom, where he has been as assistant coach since 2002 and weight trainer since 2005, for his first varsity football head-coaching try. 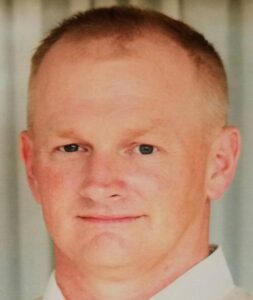 MORE ON MARK DUNCAN
— A 1993 graduate of North Stokes High in Danbury.
— A 2002 graduate of Chowan University in Murfreesboro.
— Played football in both high school and college.
— Has a bachelor’s of science degree in K-12 physical education.
— His coaching philosophy: “To help young men develop into good citizens, to develop young men to value teamwork and always strive to improve themselves as members of the team.
“I will operate a well-disciplined, organized program that emphasizes hard work and character both on and off the field.
“I will teach the team to always strive for nothing less than winning while helping them to deal with defeat and adversity in a positive and constructive manner.
“I will aim to use my talents and abilities to serve the school and team and to love and respect my players and fellow coaches.”
— His expectations of players: Do right; Put team first; Give great effort; Know your assignments; Have a great attitude; Be very disciplined; Communicate; Love and trust your teammates; Respect and trust your coaches; Be first-class at all times; Strive to reach your potential as a person and a player.
— Coaching in COVID-19: “Coaching through COVID-19 will be a new challenge indeed. I believe that to be successful, we’ll need to have a plan and be flexible.
“The new challenges that we will face will bring new opportunities to be creative in how to organize workouts and practices and to rely on each other to make Patton football better.”

Patton opened in 2007 and played one season of junior varsity only before fielding a varsity team in 2008.

Duncan. 45, moves into his new role to replace Eric Shehan, a Freedom graduate who had been named interim head coach after nine years as an assistant at Patton. Shehan filled that role after last year’s head coach, Jonathan Browning, resigned in early July after two seasons.

The Panthers were 4-7 last year and 3-4 (fifth place) in the Northwestern Foothills 2A. They missed the state playoffs after four straight bids.

Patton’s official 2020 schedule has not yet been released. Schools are limited to seven games due to COVID-19 with the first game on Feb. 26. As an eight-team conference, none of the Northwestern Foothills 2A schools will be able to play any non-league games.

“I would like to thank Mrs. LeCroy and the staff at Patton High School on becoming the next head football coach at Patton High School,” Duncan said in the press release “My vision for the football program will be student-driven with new ideas and opportunities that will link with the already winning culture…

“Upon that vision, I would want to build a strong foundation that is established on leadership, commitment, accountability, toughness, effort and community.

“When everyone is investing their talents into the program it becomes stronger and is able to sustain.

“Lastly and most importantly, the football program …will have a family atmosphere which will be built on love, trust and respect for each individual.”
Duncan’s coaching background includes stints at Crest and Richmond County, and he was on two staff of state championship teams.

“Coach Duncan has a level of football knowledge, passion for the game and personal intensity that really impressed our hiring committee,” LeCroy said in the press release. “In addition, his personal values, integrity and vision of developing young men of character and as leaders stood out to us.

“His experience in extremely competitive programs has prepared him to be the next head football coach at Patton High School, and I know he will serve our school well in this role.”

“He presented to our hiring committee a five-month plan to get our student-athletes ready for competition,” Williams said in the press release. “With his coaching experiences, he has worked with some traditional powerhouse programs which makes him more than ready to face the challenges of building character in our young athletes and fielding competitive teams.”

Duncan started his teaching and coaching career in 2002 at West Rockingham Elementary and Rohanen Primary. He’s been at weight trainer at Burns, Richmond County, Crest, Polk County and Freedom.