Chris Hobbs — whose family moved from Mooresville to Catawba County in 1964 — is an award-winning sports journalist best known for his coverage of high school athletics, primarily focused in Western North Carolina.

He is busy preparing for another school year in August, which will begin his 47th consecutive year of covering local sports, Hobbs, 63, is the longest-tenured currently active sports writer in the state and has for many years has been the dean of those writers working in Western N.C.

He worked for five newspapers – The Hickory Daily Record (twice), The Lenoir News-Topic, The Gaston Gazette, The Charlotte Observer and The Salisbury Post – in a career spanning nearly 42 years. He’s written and reported on high school sports in North Carolina in six different decades (70s, 80s, 90s, 2000s, 2010s and 2020), and continues that.

He was a staff sportswriter at The Record (five years) and The Charlotte Observer (just shy of 14 years), assistant sports editor at The Gaston Gazette and Sports Editor at the News-Topic (at age 20) and The Salisbury Post ‘s sports editor before returning to The Record as sports editor in 1997.

Hobbs was sports editor in Hickory for 19 years , then an assistant editor who also continued to supervise the sports department, and was the newspaper’s editor for three months before being a “reduction in force” in February 2017 after nearly 20 years there. He launched HobbsDailyReport.com on April 1, 2017 and the site has attracted more than 1 million page views since launching.

Hobbs also developed a state Top 100 recruiting football list for many years for several national publications and was a North Carolina contact for high schools for — among other publications — USA Today and many high school-related national internet sites.

Hobbs is one of the few national journalists listed for his contributions to the National High School Record Book, and several of his innovative approaches to covering high schools — developing career coaching records for coaches among them — have become the norm among North Carolina media since he began that in the mid-1980s.

A stickler for accuracy and information that provides context for sports accomplishments, Hobbs has some of the most extensive record-keeping for high schools in the Piedmont North Carolina that includes more than 200 bound notebooks in his home office that chronicle the history of many high schools in the region (up to complete football history and scores, etc., on many schools) for the past 40-plus years.

During his career, Hobbs has received these local and state honors: 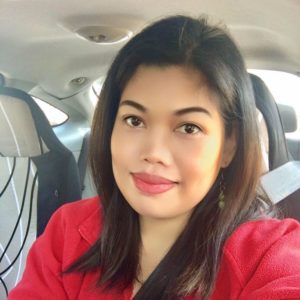 Hobbs’ biggest supporter and right-hand person is his wife, Myra. Besides providing direction and inspiration for what HobbsDailyReport.com does, she takes photos, videos and helps Chris with the work and all the decisions that come with operating a website/business.

Chris and Myra have a home in Denver, N.C., but stay busy balancing family needs, as Chris again works primarily from Denver after spending two years with his mom in Newton to provide health care for her (she is 90).

Our small family includes our newest edition, Kattie the black cat, and we will always miss our two pets who went missing, our dog Sneaky and our black cat Sweetie.

We also have many family members — including Myra’s father and siblings and two nieces — in Myra’s native Philippines, and we hope in years to come to also build a house there so that we can visit family there for several months of each year.

We grieve for the loss of Myra’s mom, who passed on Easter Sunday of 2021 after many years of battling diabetes, and our beloved Aunt Nurse. Aunt Nurse is Myra’s aunt who helped others as a nurse and was the anchor for us there in San Pablo City while we went through the K1 visa process.

We miss mom and Aunt Nurse and pray for everyone’s family who loses a loved one. We have also lost, since late 2018, both of Chris’ brothers (Randy and David). Chris has dedicated his work with HobbsDailyReport.com to the loving memory of his two siblings.

Life throws all of us a lot of curves… so if you have read this far please include us in your prayers and thanks again for your interest in HobbsDailyReport.com.