Succop — who played six games in 2019 with the Tennessee Titans before being sidelined by an injury — has signed with Tampa Bay, and he won the kicking job with the Bucs. 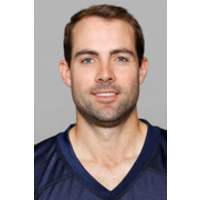 Tampa Bay’s first game, with Tom Brady debuting at quarterback, is Sunday against the Saints in New Orleans (4:25 p.m., FOX).

This will be Succop’s 12th NFL season. He played college football at South Carolina and was the final pick of the 2009 draft by Kansas City (Mr. Irrelevant).

Succop played five seasons for the Chiefs, hitting 114 field goals, and was waived in 2004. He then signed with the Titans, kicking 122 field goals over six seasons.

Succop signed a five-year, $20 million contract with Tennessee in February of 2018. Coming off knee surgery, he went 1-for-6 in 2019 before being released in early March of 2020.

Entering this season, Succop has 236 career field goals and has scored 1,046 points.