STATESVILLE – Matt Wilson, who came to Alexander Central High a decade ago to help his dad transition the Cougars to a triple option offense, is taking his first head football coaching job.

As first reported by The Taylorsville Times, Wilson on Monday accepted the head coaching position at West Iredell.

Wilson’s first game as head coach at West Iredell will be at Lake Norman and his second will be at Newton-Conover, his alma mater.

He replaces Shannon Ashley and will be the Warriors’ fourth head coach since Mark Weycker ended 26 years in the job after the 2012 season. 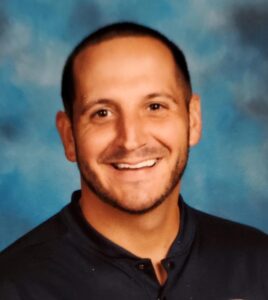 Bazzle — now head football coach at North Lincoln — left Newton to become head coach at Alexander Central in 2012 – and Wilson made the move to Taylorsville as well after three years as a Red Devils assistant coach.

Bazzle and Wilson worked together at Alexander Central for four seasons, and Wilson then worked six years under Cougars head coach Butch Carter.

Wilson has been head junior varsity coach and offensive coordinator at Alexander Central for the last eight years, leading the JVs to a 67-8 record that includes five straight unbeaten seasons at one point and a 47-game win streak.

The Cougars varsity set a school record for single-season scoring (525 points) in 2016 and state records of 801 rushing yards and 927 yards total offense in a Sept.2016 victory over Ashe County.

The Cougars were 4-6 overall last season, finishing fifth in the Northwestern 3A-4A at 1-4.

At West Iredell, Wilson will inherit a program that was 1-7 overall last season and finished seventh in the Western Foothills 3A at 1-6.

Wilson said he is already having fun in his new job and excited about the opportunity to put his touch on a football program that he says has great potential.

“Growing up, competing, and coaching in this area I have always thought West Iredell had the pieces in place to compete year in and year out for championships,” Wilson said. “Then once I had the opportunity to meet with the administration team and walk through the halls I knew this was where my wife and I wanted to be.

“The support from the administration and the community is there. That was a big piece for us. Without their support, you cannot have a foundation to build your culture.

“The players and coaches have been amazing so far buying in with what we are trying to instill and accomplish.

“We want to be a program that embraces challenges because challenges change you in a positive way. So far, they have accepted that approach in spring ball.

“Positive mindset and a high level of self-respect. If we focus on this on a daily basis, we feel like our school and community will be proud of the output these kids will produce in the classroom and on the field.”

Once Weycker retired, the Warriors hired Mike Natoli, another coach with past ties to Newton-Conover, as head coach for two seasons (2013, 2014). When he left, former Hibriten assistant Monte Simmons was hired, and he was head coach for five seasons before moving to West Caldwell as head coach.

Ashley coached the Warriors in the 2021 spring season and last fall.

Wilson will be one of two new head football coaches in the Western Foothills 3A in August, as Michael Ramseur has replaced Ryan Gettys at Fred T. Foard.