Exactly who is in charge unclear as Red Tornadoes

look to replace leader forced out in late April

HICKORY – Hickory High may be closing in on a replacement for former head football coach Russell Stone.

A source told HobbsDailyReport.com recommendation of a candidate for the open position – barring new developments – would go to the Hickory Public Schools (HPS) Board of Education this week.

Late last week, the board’s meeting was moved from this coming Monday to a Tuesday date.

Multiple sources have told HobbsDailyReport.com up to eight people were initially interviewed for the job before the field was trimmed to three.

HobbsDailyReport.com reached out to all three of those candidates:

— One individual declined to be interviewed. He was not asked to confirm or deny he was a candidate for the HHS job.

— Two others were left phone messages requesting a return phone call (that cited the reason for the phone call), and they were not returned. 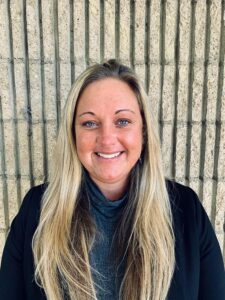 One source said Hickory Principal Rebecca Tuttle is coordinating recommendation of a teaching hire whom she would then assign to become head football coach.

School board roles in athletic hires are only to approve a teaching contract, and principals then assign/approve coaching assignments.

As on Sunday morning, there had been no response.

When first beginning to inquire about the timing around the next football hire, HobbsDailyReport.com e-mailed an athletic department official who directed all questions to Beverly Snowden, public information officer for HPS.

In an e-mailed response last Wednesday about six questions related to the football opening – one being if a name would go to the HPS board on Monday — Snowden said “I have not heard of any movement in that direction as yet.”

A Thursday e-mail from Snowden indicated the HPS board’s meeting scheduled Monday, May 24, was postponed until Tuesday. In that e-mail, she outlined where media can find additional board information, agendas, etc.

She also indicated, upon request, the next meetings of the board after Tuesday as scheduled June 14 and June 28.

Stone resigned on April 28, after sources said – and he confirmed – he was told he could resign or be fired as HHS head football coach, a job he held the past five years.

HobbsDailyReport.com obtained a copy of Stone’s resignation letter but did not – and has not – posted it to the website.

When asked on Thursday, April 29 if she or anyone in a position of authority in HPS could confirm or deny Stone was given a resign-be fired option, Snowden sent a one sentence response: “We can confirm that we received his resignation letter yesterday.”