He guided Red Tornadoes to 15 wins in four

seasons, has 277 victories in 40-year career

HICKORY – Russell Stone will not return for a fifth season as head football coach at Hickory High.

Stone’s Red Tornadoes team went 0-7 in a COVID-shortened spring season, bringing his record at HHS to 15-27. 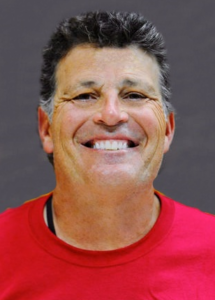 The coaching change was announced via a press release by the Hickory City Public Schools (HPS) on Wednesday morning.

The press release said Stone, 66, tendered his resignation on Tuesday.

Stone told HobbsDailyReport.com later Wednesday he’s not yet ready to make additional comments about his resignation.

“Coach Stone loves football and we appreciate his dedication to the sport,” HHS Athletic Director David Craft said in the press release. “We are thankful for his four years of service and helping so many of our young athletes earn scholarships to play football on the next level.

“We wish Coach Stone the very best with his future endeavors.”

In the press release, Stone said: “It’s been a fast four seasons and I deeply appreciate my coaching staff and their dedication. I am grateful to HPS Superintendent Dr. Robbie Adell, Coach David Craft (HHS athletic director) and Mrs. Katherine Moringstar (HHS principal) for providing me this great opportunity in Hickory.”

Stone has been a head football coach at eight schools in North Carolina, and his teams are 277-181-5.

“We have had a solid foundation here at Hickory for the future seasons,” Stone said in the press release. “Our junior varsity players were 5-1 with 16 sophomores and four freshmen playing varsity.

“I look forward to watching the bright future of Hickory football and I sincerely thank my players and their families for their hard work and dedication.

“I also want to thank the HHS Athletic Boosters Club and our community for their very generous support.”

Stone was hired by Hickory in 2017 after spending one season at Village Christian, a job he took in 2016 after leaving coaching after the 2013 season.

He was at Lumberton for three years before moving to West Forsyth, where he stayed 14 years and his teams were 118-53-2.