COVID, will be home during the big night 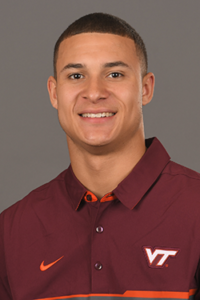 A report says former Maiden High football star Caleb Farley, a projected first-round pick in Thursday’s NFL Draft in Cleveland, will not be able to attend after testing positive for COVID-19.

Farley, a cornerback who sat our last season at Virginia Tech, was one of 13 players expected draftees scheduled to go to Cleveland.

A variety of mock drafts have shown Farley being drafted by a wide variety of teams, one predicting he would go as high as No. 8 to the Carolina Panthers. Other projections have listed Farley as the pick of the Dallas Cowboys, Arizona Cardinals, Buffalo Bills and New York Jets.

A DIRECT MESSAGE FROM CALEB: https://twitter.com/IamCalebFarley