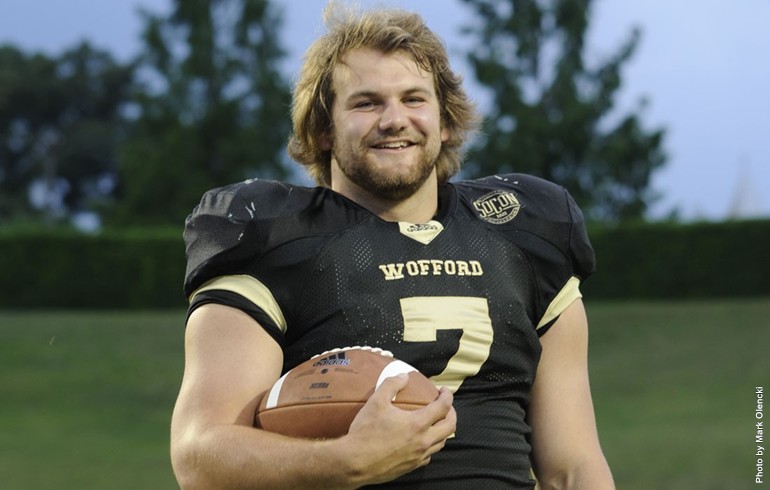 Eric Breitenstein, one of the top athletes in Watauga High history and now back at his alma mater as an assistant football coach, leads the school’s first Hall of Fame Class./WOFFORD PHOTO

BOONE – Watauga High’s first Hall of Fame Class includes two of the best to play varsity football for the Pioneers.

Eric Breitenstein — a 2008 graduate who is now an assistant football coach at his alma mater — and linebacker Danny Triplett, a star on the 1978 state 3A title football team, lead the class.

They’ll be joined by Lindsay Taylor, longtime coaches Jack Groce and Carter Lentz – both of whom are deceased — and Mike Kelly of WATA radio in Boone as a special contributor.

The team induction for the first class will be the 1978 football team that won a state 3A championship.

Because of COVID-19, the induction ceremony will be delayed until the fall of 2021.

Watauga has started its Hall of Fame to honor Pioneers athletes, coaches, teams, and sports contributors for their achievements and/or contributions to the school.

The school plans to induct up to four athletes, two coaches, one team, and one special contributor each year.

Breitenstein played football, baseball and wrestled while at Watauga and his football career was highlighted by leading the Pioneers to the semifinals in 2006 and 2007.

Breitenstein, whose No. 2 jersey was retired in 2013, added 620 career receiving yards and scored 78 times, including 65 by rushing, two by receptions and three via kickoff returns.

He played college football at Wofford College, where he is in the athletic Hall of Fame after his No. 17 jersey was retired. He was Southern Conference Offensive Player of the Year in 2011 and 2012.

More of his stats: https://woffordterriers.com/honors/hall-of-fame/eric-breitenstein/138

Triplett played football and basketball and contributed in track and field.

He played for North Carolina in the 1978 Shrine Bowl was the 1978 Lineman of the Year by The Asheville Citizen Times.

Selected all-conference, all-state and as an All-American, Triplett played college football at Clemson, where he started on the Tigers’ 1981 NCAA championship team, and his was an 11th round pick in the 1983 NFL Draft by the Los Angeles Rams. 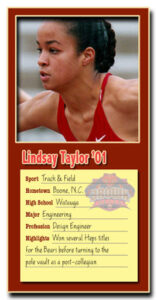 Taylor was a standout in cross country, swimming, volleyball and track and field.

She was Watauga’s Female Athlete of the Year in 1997 and on the school’s three straight outdoor track and field state title teams (1995-97).

She continued her athletic career at Brown University, winning an NCAA 400-meter hurdle title in 2001, and she was inducted into Harvard’s athletic Hall of Fame in 2016.

Taylor was a 2004 US Olympian and had top 5 finishes (third in 2001 USA Championships; third and fifth in 2003 World Championships).

More of her stats: https://brownbears.com/honors/hall-of-fame/lindsay-a-taylor/68

Groce was a teacher and athletic director at Watauga after graduating from Wilkesboro High and Appalachian State (where he played football).

Groce also coached golf and baseball during his Watauga career.

In 1998, the Pioneers’ football stadium was named after Groce. 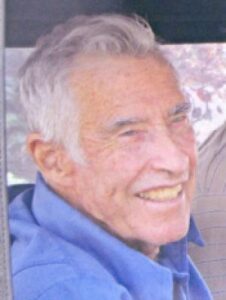 Lentz is a longtime teacher and basketball coach at Blowing Rock High and Watauga.

The school named its gym Lentz-Eggers Gym in honor of Lentz, inducted into the Watauga County Sports Hall of Fame in 2004.

Kelly has been the voice of Pioneers Athletics since the fall of 1996.

Via WATA radio, he’s broadcast all varsity home and away football, basketball and baseball games. 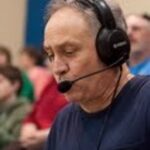 His first Watauga broadcast at Wilkes Central on Dec. 6, 1996.

He is in his 39th year of sports media coverage.

A school statement on Kelly: “Mike is one of the most knowledgeable individuals you will find in regards to Watauga athletics …because of his passion and desire to do his job the right way while covering our teams, student-athletes and coaches.

The contributions that Mike has made to our athletic department stem far beyond his years of service and he will always be “The Voice of the Pioneers!”