NEWTON – Sylvia White is back as the varsity girls’ basketball coach at Newton-Conover High.

She was approved by the Newton-Conover Board of Education earlier this week as a non-faculty coach, effective immediately.

This will technically be White’s fourth tenure as girls’ head coach with the Red Devils – she coached them for two different four-year stretches and in each of the previous three seasons.

She returns with a career record of 214-79 over 11 seasons with five West Regional appearances, five conference titles and nine teams reaching the postseason.

Last season, Newton-Conover went 15-1 in an abbreviated schedule because of COVID and won a South Fork 2A title before falling to West Stokes in the West 2A Regionals.

After retiring from her position as Executive Director of Auxiliary Services for the Newton-Conover City Schools, state retirement regulations required White to be away from the school system for at least six months.

After last season, she had confirmed she planned to re-apply for the varsity girls’ job at Newton-Conover but otherwise remain retired. 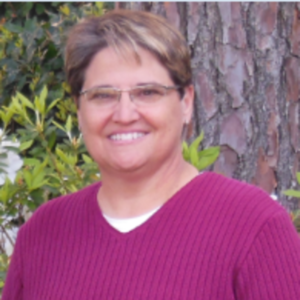 White was an assistant varsity coach with the Red Devils — then coached by Jerry Willard — until she was named head coach before the 1998-99 season.

In her second year as head coach, Newton-Conover went 27-4, won a West 2A title and fell 58-52 to Clinton in the state title game. Two years later, the Red Devils were 29-1 and won a state 2A title by beating Farmville Central 77-54.

White left Newton-Conover after that 1991-92 season and was then head women’s coach at Mars Hill.

After eight years away, White returned to the Red Devils when LuAnne Underhill resigned as head coach.

White resigned after the 2003-04 season and Shane Whitener was hired as head coach. He guided the Red Devils for four years, Jonathan Tharpe coached them for three seasons, Ike Williams was next for two years and former WNBA star Andrea Stinson was head coach for five seasons, resigning after the 2017-18 season.

All three of White’s most recent teams went 14-0 in conference play (South Fork 2A), and the Red Devils are now in the Catawba Valley 2A Athletic Conference.

White is fourth in career wins among girls’ head coaches in the Greater Hickory area with her 214 victories behind only Barbara Helms of Hickory (464, unofficial), Jeff Parham of South Caldwell (386) and Amber Reddick of Freedom (375).