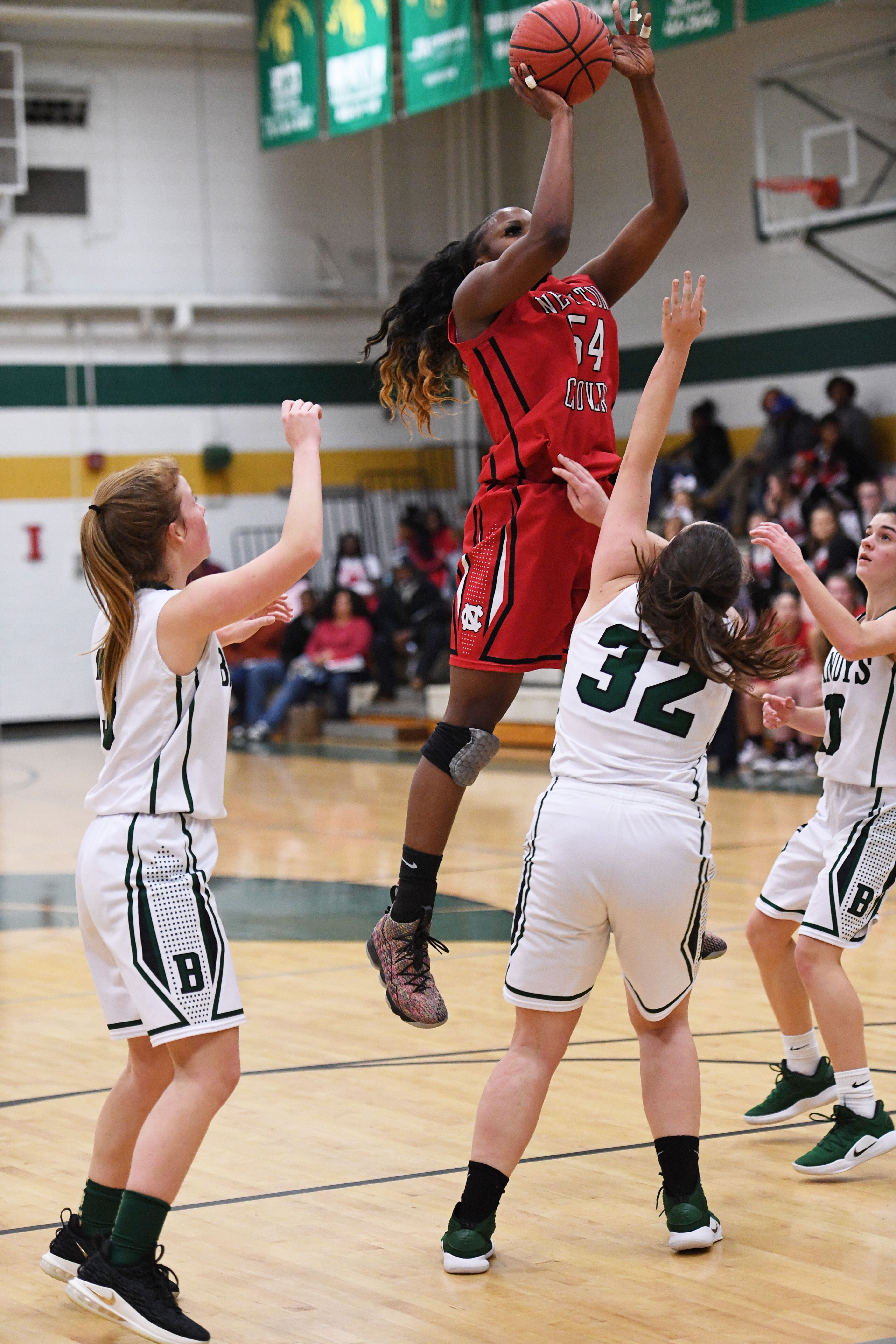 Newton-Conover High’s Chyna Cornwell scores against Bandys last season. She averaged a double-double for the Red Devils, who shared the state 2A title with Farmville Central, and on Friday was named the state player of the year by the North Carolina Associated Press./MICHELLE THOMPSON PHOTO

RALEIGH – Chyna Cornwell, who averaged a double-double and led Newton-Conover High to a co-state 2A girls’ championship, was named Friday as the top girls’ basketball player in North Carolina.

In voting by 15 writers who cover high schools around the state, Cornwell — a 6-foot-3 senior — had seven votes to earn the player of the year award on the North Carolina Associated Press team.

Cornwell, scoring 26.7 points and grabbing 16.7 rebounds for the Red Devils, earlier won a state player of the year award in voting by the North Carolina Basketball Coaches Association (NCHSAA).

She cleared 2,000 points and 2,000 rebounds as a prep player and has signed to play at Rutgers.

Newton-Conover shared the state 2A title with Farmville Central after the North Carolina High School Athletic Association (NCHSAA) board of directors voted to grant co-titles. The state title game could not be played because of the coronavirus.

Tristan Maxell of North Mecklenburg won AP’s Player of the Year for boys.

PLAYERS OF THE YEAR