He will consider retirement from teaching late in next school year 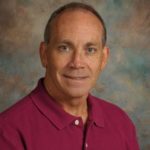 Hodges’ teams at Foard went 53-98 and qualified for the state playoffs twice.

He teaches math at Foard and is considering retirement when he becomes eligible in December, Shreitah said.

“We appreciate what Coach Hodges has done for Foard basketball,” Shreitah said. “He’s a great role model for our young people.”

Hodges became head coach at Foard in 2014-15 after Rob Bliss resigned to become principal at Maiden.

Bliss, principal at South Caldwell since October, is returning to coach basketball next season at Bandys.

Foard finished 6-19 overall last season, the same record it had the previous two seasons. The Tigers have not qualified for the state playoffs the last three seasons.

Hodges guided Foard to the state playoffs twice, in his first season (2014-15) after tying for second place in the Northwestern 3A-4A. That team fell to Anson County in the opening round of the state 3A playoffs.

The other postseason team was in 2016-17 when Foard finished 11-16 overall and sixth in the Northwestern 3A-4A. Hickory beat Foard in the second round of the state 3A playoffs.

In three seasons in the Northwestern Foothills 2A, the Tigers finished fifth, tied for fifth and seventh.

Last season, Foard came out of December at 4-6 and then lost its first six conference games before winning at Bunker Hill. After six additional consecutive losses after that game, Foard again beat Bunker Hill.

The Tigers’ season ended in the first round of the conference tournament, a 72-64 loss at West Caldwell.

Akel was the junior varsity head coach, assisted by Whitener.

The next boys’ head coach at Foard will be the Tigers’ seventh since 1978-79 but their fourth since 2010. They previously had only five boys’ head basketball coach over a 33-year span – the late Jerry Copas, Jim Norris, Lance Watson, Mike Hainrihar and Bliss.

Shreitah said Foard will begin to look at available teaching positions as it searches for a new head coach.

“The first option is to find a coach also on staff at the school,” he said. “We’ve got to put the puzzle together by looking at available positions and interested candidates.”