He replaces Frank Snider, who has retired 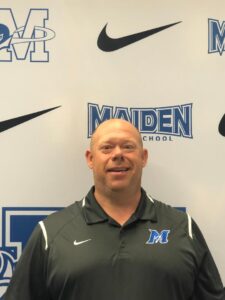 A press release from the athletic department:

Coach Hensley has served as a teacher/coach for 25 years.  This is his second time serving as the head coach of the Maiden girls’ basketball team.

Hensley coached the Blue Devils from 2004-2007 and the team made the playoffs two times including a victory over Shelby in the 2007 playoffs.

Most recently, he has led the Blue Devils JV men’s teams for the last three seasons.

Hensley also serves as the head coach of the Maiden men’s and women’s track team as well as co-offensive coordinator for the Blue Devils football team.

HobbsDailyReport.com will update this story.