Two of the leading websites focused on coverage of high school football in North Carolina are merging. 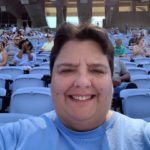 On Wednesday, Chris Hughes of CarolinaPreps.com announced his company is joining forces with NCPreps.com and publisher Deanna King, effective immediately.

NCPreps.com began more than 30 years ago, developing from the work of Arnold Solomon, and King has been its publisher for 10 years.

Hughes, a former high school coach, was part of NCHSFootball.com, one of the pioneer websites in the state.