Editor’s note: The story and statistics posted are copyrighted by HobbsDailyReport.com and can’t be reprinted or broadcast in their entirety without crediting our website’s research or by obtaining a waiver of that copyright. If interested in making a request for a waiver, contact Chris Hobbs at chobbs001@att.net.

Both teams are 7-0 overall and share the Catawba Valley 2A Athletic lead, each at 4-0.

Maiden has won 30 straight games in the series with Bunker Hill’s last victory coming on the road 24-8 in the fifth game of the 1989 season.

Bunker Hill has not beaten Maiden in Claremont since 1988 (24-12), and the Blue Devils have 16 consecutive wins at Bunker Hill. 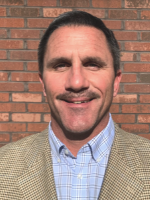 The last Bears victory was led by a quarterback who has remained in athletics in Catawba County – Lee Miller, currently athletic director of the Catawba County Schools, was under center that night for Bunker Hill.

Miller’s career also includes a stint as an assistant coach for the Bears, and he was their head coach for six seasons (2001-2006).

Before moving into his current role, Miller was a principal in the Catawba County Schools. He left that role at Bunker Hill to work in the central office.

The 1988 and 1989 teams that beat Maiden were coached by Randy Faucette.

Bunker Hill has indicated its 7-0 start is the school’s best in varsity football since 1968.

The Bears picked up the school’s 300th varsity football win (unofficial totals) with a 40-0 home victory over West Caldwell on Sept. 24.

Scoring (not in order it happened)

Notes: Smith kicked three PATs for Bunker Hill… The Bears came in 3-1, beating Fred T. Foard 58-6, falling 27-9 at St. Stephens, winning 21-20 at Chase and beating Mooresville 15-14 in Claremont… Maiden came in 2-1-1, tying St. Stephens 14-14 on the road, winning 15-6 at Fred T. Foard and 35-14 at home against Cherryville and falling 26-14 at Bandys … The TD runs were the second and third of the season for Miller, who had not scored in three games after accounting for 16 points in the opener against Foard (he finished the year with six rushing TDs and seven TD passes) … Farr scored only one additional rushing TD that year for Maiden, a 4-yard run in a win over West Lincoln.. QB Ashley Abernathy was Maiden’s scoring leader that season, compiling 86 points… Bunker Hill won seven straight after a loss to St. Stephens and lost its last two games, 33-15 at home against Newton-Conover and 28-21 in the first round of the state 2A playoffs at home against Mitchell County… Maiden finished 4-5-1.

OTHER HOT STARTS BY THE BEARS

RB Reggie Davis was the team star, rushing 125 times for 808 yards in the first five games. He finished with 280 carries for 1,687 yards with 15 rushing scores.

The Bears finished 7-5 with Travis Conner as head coach.

Opened with five straight wins, over Cherryville, St. Stephens, North Lincoln, Fred T. Foard and East Burke. Lost the next three – South Iredell, Draughn and Newton-Conover – before a win over West Caldwell. Lost the last two games, going 6-6, at Maiden and at Bandys.

Beat Cherryville, St. Stephens, North Lincoln and Fred T. Foard to open the season then lost by seven points against East Burke, by 44 points at South Iredell and by seven in overtime to Draughn.

The Bears finished 5-6 when they lost six of their last seven games under Conner.

Beat Cherryville, St. Stephens, Fred T. Foard and West Iredell before falling 38-17 at home against Maiden. Also lost at home to West Lincoln, at East Lincoln and at home to Lincolnton.

The team went 8-5 under Conner and reached the third round of the state 2AA playoffs, losing 34-28 at Hunter Huss.