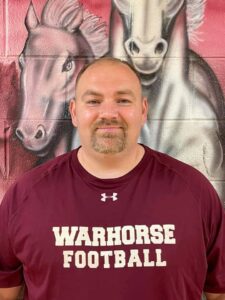 He was head football coach at Newton-Conover in 2012 and 2013, succeeding Nick Bazzle (now head coach at North Lincoln)  in that position.

Russell left Newton-Conover after the 2013 season with Matt Beam being hired as the next Red Devils head coach.