Editor’s note: All stories at HobbsDailyReport.com are copyrighted, and that includes historical research the website has done on Bunker Hill High girls’ basketball. That research can’t be republished or rebroadcast –other than by WNNC and WLON, our reporting partners — without crediting HobbsDailyReport.com or requesting a waiver of that copyright. To inquire about a waiver, e-mail chobbs001@att.net.

CLAREMONT – David Childers has a great appreciation for the next role he will play in Bunker Hill High athletics.

After spending 10 seasons as an assistant coach in the Bears’ baseball program and one season as a varsity girls’ assistant, he is the next head coach of Bunker Hill’s varsity girls. 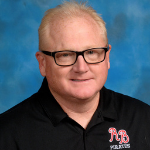 It’s a key role in a program that has produced a winning record in 31 of the previous 43 seasons, five league titles and a share of another one and 34 trips to the state 2A playoffs (five West Regionals) by six previous head coaches.

Childers replaces Lee Swanson, who resigned after coaching the Bears’ girls to records of 21-8, 12-1 and 10-17 over the last three seasons. He came to Bunker Hill to coach varsity boys in 2015-2016 and did that for four seasons, become girls’ head coach when Randy Joines retired after the 2018-2019 season.

Bumker Hill went 7-4 and finished third last season in the Catawba Valley 2A Athletic, falling to North Stanly in the first round of the state 2A playoffs.

“I wanted to become the varsity girls’ coach because of the winning tradition … at Bunker Hill built by such great coaches like Tommy Edwards, Randy Joines and Lee Swanson,” Childers, 53, told HobbsDailyReport.com, which is covering Bears sports for the 47th straight year. “I wanted to work hard to continue the tradition built by those coaches. I have been fortunate to be mentored by and coached under great leaders such as Marty Curtis, Todd Setzer, Billy Baker, Swanson, Cam Beard, Kyle Lowman, Kelsey Deitttman and Kewun McDaniel.

“The lessons I have learned from these mentors were not always about coaching student-athletes but molding young adults into future leaders of our communities.”

Childers, a 1987 graduate of Alexander Central High, will teach business this year at Catawba Rosenwald Elementary Education Center. He indicated he will also be at assistant football coach on Lowman’s staff at St. Stephens (wide receivers).

On Wednesday, the Catawba County Schools (CCS) confirmed approval of Childers’ teaching contract (and assignment as girls’ varsity coach at Bunker Hill) by the CCS Board of Education at a meeting on Monday night.

Bunker Hill officials have not yet announced Childers’ athletic spots this school year.

At Bunker Hill, he’s been a varsity baseball assistant (2013-2022) and has one year in as the Bears’ junior varsity volleyball coaching.

That Childers is the seventh girls’ varsity basketball head coach at Bunker Hill is a breaking news story at HobbsDailyReport.com for the second straight day.

On Tuesday, the website was also first in reporting Bandys graduate Jordan London has been named to replace Brad Mangum as girls’ varstity head coach at North Lincoln.

Childer said his first Bears team will be young and inexperienced (his words).

“But with the work, I plan to put in and with the help of my assistant coaches, Alyssa McCrary and Mo Peoples, we will implant in the girls to work hard enough each day to get at least one percent better each day… while having fun improving each day.”

Last season, Bunker Hill started 0-7 and came out of the holidays at 3-11 before winning key league games over Maiden, East Burke and Maiden again to move into contention. After losing back-to-back games against Newton-Conover and East Burke, the Bears grabbed third place with roads wins at Bandys and Lincolnton.