Bandys graduate has taught, coached with Knights since 2016

LINCOLNTON – Jacob London, a teacher and coach at North Lincoln High since 2016, is returning to coaching basketball by guiding the Knights’ varsity girls this season.

On Tuesday, North Lincoln athletic director Dennis Frye confirmed London is replacing Brad Mangum, who left the Knights after last season to work in private business. Mangum is also back in coaching as an assistant varsity boys’ coach at Maiden. 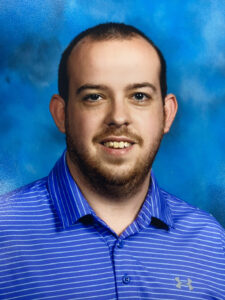 North Lincoln’s girls were 4-20 overall last season –finishing seventh in the Western Foothills 3A (2-12) – and they were 3-11 two years ago in COVID-hampered season.

London steps in to coach a program that has missed the state playoffs nine straight seasons. The Knights have had one winning season (2018-2019) in their last nine.

He also coached the JV girls basketball team for three seasons and was a varsity assistant in 2019-2020.

“When I heard the position was opening back up this past spring, I had a desire to return after missing coaching basketball for the past few years,” Jordan said via e-mail to HobbsDailyReport.com. ‘I’m really excited about the group of girls that we have coming back this season, with a mix of experience and youth.

“I helped coach the rising seniors (Julia Frantz, Ayanna Gaddy and Aubrie Cada) during their freshman year, and it’s exciting to see the growth they’ve made the past two years under Coach Mangum.

“I’m excited about the youth we have in the program and that is coming up the pipeline as well.

“We’ve had some very productive workouts so far this summer and the girls have been very receptive to what we’re trying to accomplish.”