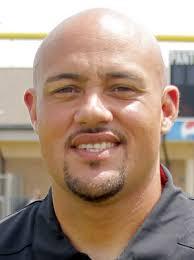 A school system official said Wednesday afternoon Glass will be under an 11-month contract for each school year and will be paid $64,762 a year with $6,550 of that as a coaching stipend.

The official paperwork that reflects a teaching contract was approved on Tuesday night by the Hickory Public Schools Board of Education is not yet available.

The school system says it will try to provide that info, which is a matter of public record once approved, as soon as possible… saying it could be made available (as required by state law) within 24 or 48 hours or the release of that list could take longer based on the volume of names on it.

HICKORY… A familiar face is returning to his old stomping grounds at Hickory High. Joseph (Joe) Glass has been selected as the new Head Football Coach to lead the Tornadoes into their new season.

During his previous employment with Hickory Public Schools, back in 2012, Coach Glass briefly served as an assistant football coach (offensive line) at Hickory High before taking the head football coaching position at Patton High School. At Patton, Glass inherited a 0-10 football team with 35 total players (both JV and Varsity) and he grew the program to 80 players in the first six months. Bringing a sense of pride to the Patton community, Glass pushed the players to a 7-4 season with their first winning season in Patton history – and the team qualified for playoffs.

Coach Glass most recently served as the Head Football Coach for Lincolnton High School. Since 2019, Glass has grown the program from 28 players to 65. Glass is also well-known for establishing in his players a new sense of self-discipline that goes beyond their abilities on the field. When he arrived at Lincolnton, the grade point average (GPA) for his team was 2.1; and he helped them to improve their GPA to 3.37 overall average.

“I believe that all young men can overcome their circumstances through hard work, determination and perseverance,” said Coach Glass. “I refuse to give up on a player regardless if he wants to give up. I believe that we, as coaches, many times are the father that some of the players need; therefore, we have to go above and beyond the normal realm of coaching to make sure each player has the chance to be successful, not only in football, but mort importantly in life. For me, it’s faith, family, academics, then football,” said Glass.

Prior to serving Lincolnton High, Coach Glass was the Head Football Coach for Eastern Guilford High, posting a record of 10-3 and a team GPA of 3.11. He also served as Head Football Coach for JM Robinson High posting an 8-5 record with the school’s first-ever playoff victory in 2015. The following year proved to be even greater with a 10-3 record and SPC Conference Championship followed in 2017 with a 12-3 record, SPC Conference Championship with Western Regional Runner Up Signature wins over Kannapolis and Concord.

While at JM Robinson High, Coach Glass built a program that had previously won only two games in three years — to become a state contender and a team to be respected. He grew the team from 22 players to 80 players in three months, bringing a sense of family and a strong work ethic to the football program.

In addition to his outstanding team records, Coach Glass has helped dozens of his players to win college and university athletic scholarships. An active community participant, Glass has led fund-raisers to build football programs and he takes pride in building relationships with families.

“I’m extremely excited to be a Red Tornado!” said Coach Glass. “I look forward to getting to know the players, the students and the entire Hickory community as their new Head Football Tornado Coach. I fully believe it takes a village to raise a child. With that said, I am anxious to meet with community stakeholders and alumni. The City of Hickory has a vast reputation of being a tight-knit community that values football and all athletics at Hickory High. I’m excited to be a part of that tradition and the prestige of being a Red Tornado. Together, we will produce great young men as our future leaders. The quote from the poem Invictus, (by William Ernest Henley, 1888) sums up how the young men of the Hickory High football team will prosper: ‘I am the master of my fate, I am the captain of my soul.’”

“I am a family-oriented man who believes that the only way a football team and athletic program can be successful is if we are just that—FAMILY!”  That means, of course, through the good and bad times, we will stick together.”

“While implementing a rigorous weight lifting program, that will build strength, endurance, and confidence for our young men, Coach Glass possesses an admirable passion to become part of the Tornado Team. He brings the ‘No Zero Policy,’ an academic program that has proven to be successful as he leads his players to raise their overall grade point average.

“Coach Glass also brings a sense of community and has vowed to teach our young men ‘service above self.’ He also promises to implement community outreach, team meals and team building exercises, as he strengthens the team’s presence and participation in the school environment.

“Coach Glass’s vision for the team is family, honesty, and integrity, and I look forward to the excitement he will bring to Friday night football, as he leads on and off the field,” said Tuttle.

Coach Glass earned a Bachelor of Science in Sports Management from California University of PA and he is certified in physical education and special education. At Hickory High, Coach Glass will be employed as an 11-month employee earning state teacher pay plus the HPS eight percent local supplement in addition to a supplement as head football coach.