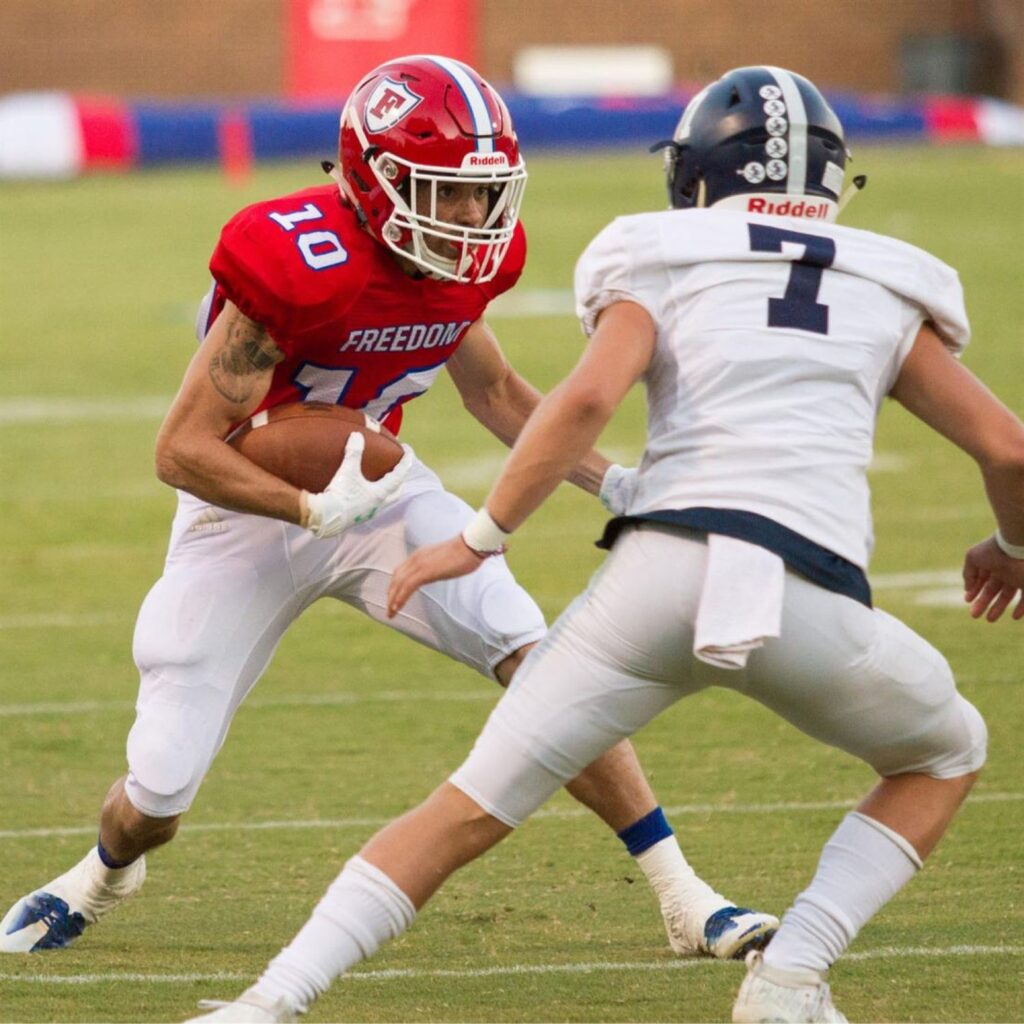 Freedom defensive back Desmond Caldwell will finish his high school football career in the East-West All-Star game in Greensboro in July./HUDL PHOTO

GREENSBORO — Three of the top players from the Greater Hickory area will finish their high school football careers in West All-Star uniforms.

— Freedom defensive back Desmond Caldwell (6-foot, 170 pounds), who last season had 17 catches for 235 yards and three scores in six games for the Patriots. On defense, he made 26 tackles and three of those were for lost yardage. 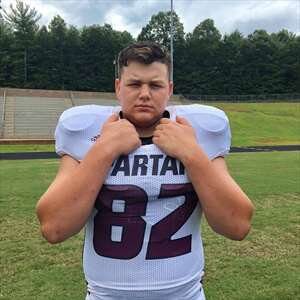 Blake Martin had six tackles for loss last season for Alexander Central, leading the Cougars’ defense, and he has been selected to play in the East-West All-Star game in Greensboro./MAXPREPS PHOTO

— St. Stephens wide receiver Zak McLauchlin (5-8, 155), who had sterling statistics for last season. In seven games, he rushed 134 times for 779 yards (111.3 yards per game) with seven rushing scores and three games with 100 or more yards rushing.

He had four kickoff returns for 133 yards and provided nine tackles and an interception on defense. 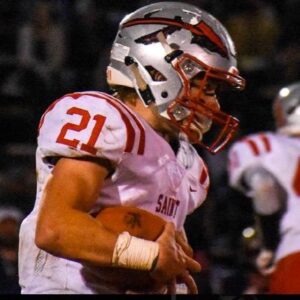 Zak McLauchlin had 1,270 all-purpose yards for St. Stephens last season. He’ll cap his prep football career by playing for the West in the East-West All-Star game in July in Greensboro./TWITTER PHOTO

Hicks recently resigned as head coach at St. Stephens, where he guided the Indians to a record of 30-56 in eight years and to the state playoffs in 2015. That season, the Indians stunned Canton Pisgah on the road in the opening round for St. Stephens’ first postseason victory since 1991.

Cannon now works at Wilkes Central and was head coach at Hibriten from 1999 through 2009, where eight of his 11 teams reached the state playoffs and three teams won a conference title and one shared a league title.

Cannon was the starting quarterback on Hibriten’s 1979 team that reached the state 3A semifinals before losing to 28-20 to South Point.