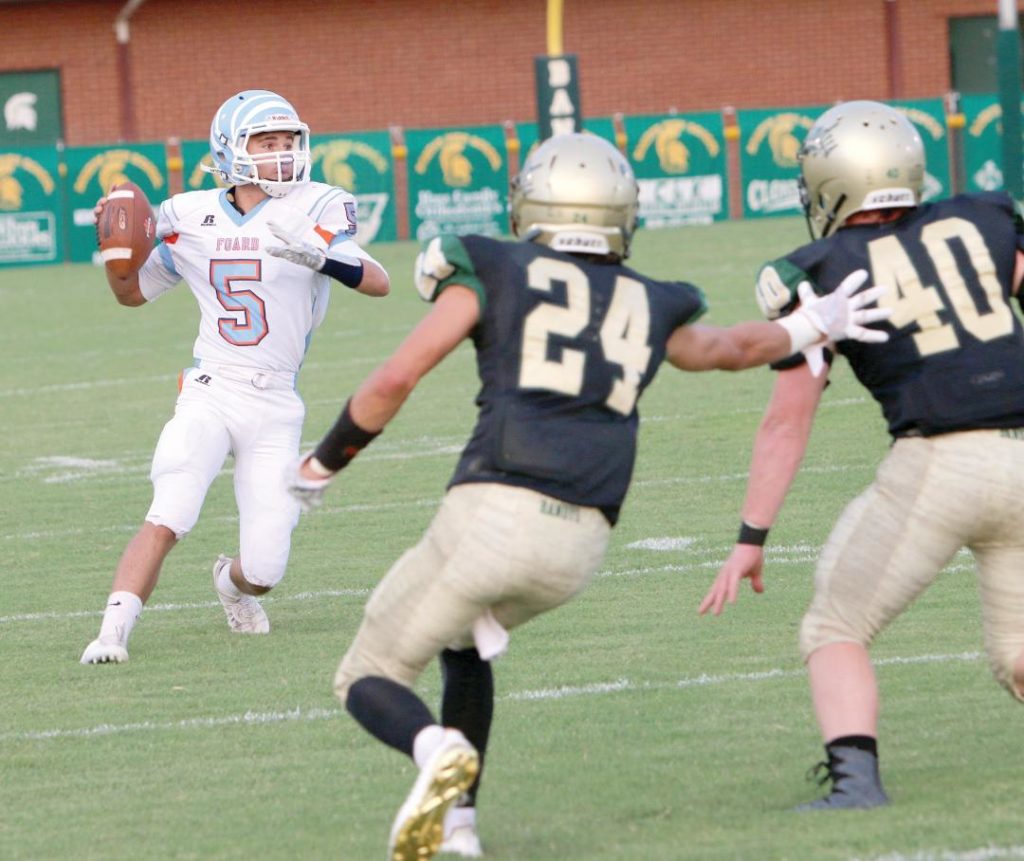 Fred T. Foard High’s nine-win season a year ago that generated excitement in the Foard community featured some big games from quarterback Jack Colosimo, who is back for his senior year./PHOTO COURTESY OF OBSERVER NEWS ENTERPRISE 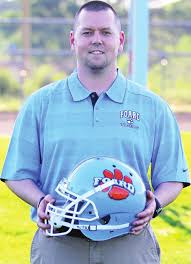 This is a BIG year for Foard and its football program for many reasons.

The Tigers had a magical run last season, going 9-4 and winning a state playoff game (over Maiden) for the first time since 1983, and the community bought in – and enjoyed – the fruits of on and off field labor by head coach Derrick Minor and his coaching staff in his second season at Foard.

There was talent – Tate Beaver, who graduated and now plays at Lenoir-Rhyne University had one of the best individual seasons in many, many years among Greater Hickory area players – and a new level of confidence at Foard.

The Tigers’ focus, following through on the tune Minor set, helped last season take on a life of its own for a program that once had the state’s longest football losing streak (0-10 for four straight years starting in 1972).

Foard hasn’t had back-to-back winning seasons since 1982 and 1983 (they also had one in 1981)… which seems to always leave a general reaction among those who follow prep football in the area every year – OK, what ya got this time around?

That’s where the still hungry Tigers can add some more big building blocks to what Minor has set out to do over near Propst Crossroads – make the expectation that Foard will be good and that Foard will contend for league titles stick.

He has 15 returning starters, including three key skill position players – QB Jack Colosimo, RB Corey Siemer and RB Aram Lomax – plus Cooper Butts on the OL to count on. All four were all-league players last season.

Defensively, the Tigers can’t be as good as they were last year without Beaver, and that’s not a knock of the current players but just acknowledging that Beaver was a game-changer.

Lomax, Kamden Huffman and Andrew Bishop anchor the Tigers’ defensive front, and Daniel Lackey is back in the secondary.

In a preseason response to HobbsDailyReport.com, Minor said the team’s strengths are work in the weight room – which has been a big part of the Tigers earning more stripes – and senior leadership.

Minor’s concerns were listed as asking some younger players to start in key spots.

“This team has a lot of returners,” he said. “They all have been in our system for three years and we can focus on building our team and culture instead of changing mindsets and getting people to buy in. Everyone is bought in!”

Look for Foard to play well as a team, and that alone will give the Tigers a chance to post a significant number of wins. If things mesh and they stay healthy, they might be the only team in the Northwestern Foothills 2A that can challenge defending state champion Hibriten (a perfect game might night also be needed given how big an order that is).

Minor’s had a major impact on Foard since coming aboard to replace Tom Harper, who should get some credit for setting the table with what he did with his first Foard team (2014).

Harper came in, went 0-11 his first year, and then got the Tigers (6-6) to the state playoffs for the first time in six years via a dynamic offense but they couldn’t sustain that and went 1-10 the next year.

Minor’s certainly building a program, understanding many of the things the late Ed Emory (former East Carolina head coach) pointed out when he went in and turned around the program at Anson County.

Emory stressed understanding the little things like sharp-looking uniforms, upgrading things with fresh school-colored paint and making the student-athletes see the importance in a new way was a pathway to unity and built wins and community pride.

Now all there’s left to do in 2018 at Foard is play football and keep the momentum going.