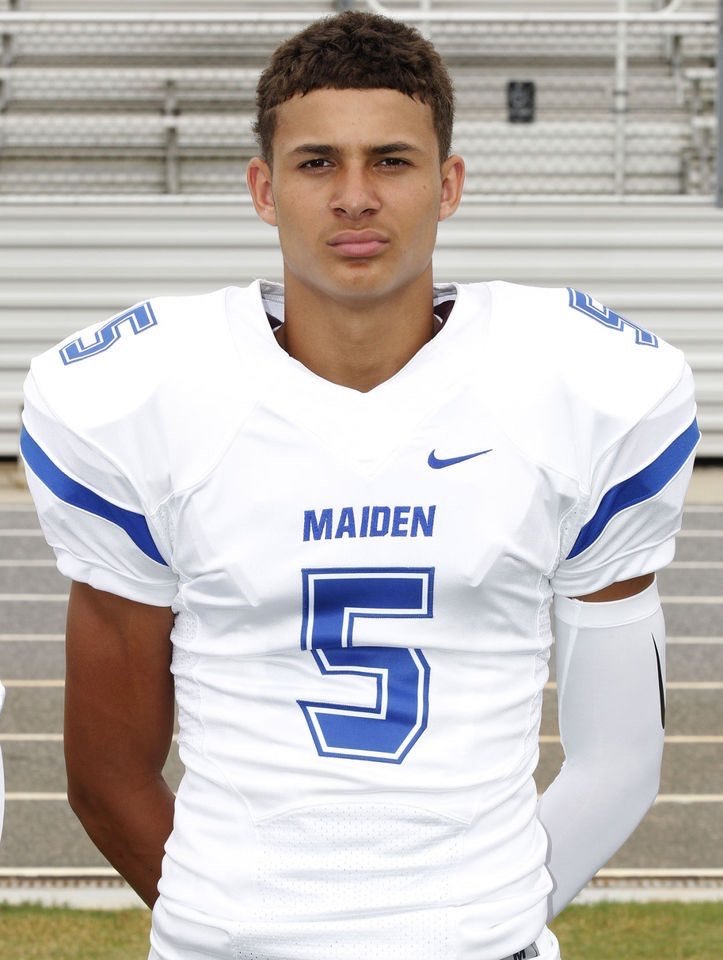 Former Maiden High star Caleb Farley, in an interview with a Nashville newspaper, says he will be ready when the season starts for the Tennessee Titans. He was drafted with the 22nd pick of the NFL Draft on Thursday night and has since flown to Nashville to meet team officials and see the Titans’ team headquarters and the stadium he will play in.

gets first look at stadium he’ll play in

CALEB’S FIRST MAIDEN START: Read HobbsDailyReport.com editor and content coordinator Chris Hobbs’ story from the night Farley — almost seven years ago — made his first start, as a sophomore, for the Blue Devils: https://hickoryrecord.com/sports/high_school/prep-football-maiden-pounds-bears-blue-devils-have-won-25-straight-over-bunker-hill/article_c8c857e4-4601-11e4-a8dd-0017a43b2370.html

Caleb Farley, whose path to the NFL started at Maiden High, says he’s ready to get back on a football field and will be ready when camps begin.

Farley, a defensive back who opted out of playing last season at Virginia Tech because of COVID-19, was the 22nd pick in the draft on Thursday night. He’s headed to the Tennessee Titans and has already visited Nashville and the Titans.

Tennessee brought Farley to Nashville by a chartered flight (you can watch video via Goggle) and he flew back home the same day.

Throughout the days and weeks leading to the draft, Farley has had to respond to concerns about having had back surgery (L5). But he says he is recovering well.

Farley missed the draft in Cleveland after testing positive for COVID. He was at home in Maiden when Tennessee called his name.

After playing quarterback at Maiden, Farley was recruited to play wide receiver at Virginia Tech. He then warmed to an opportunity to play defensive back for the Hokies.

Early draft projections had Farley going has early as 10th with projections he would end up being picked by Dallas, Buffalo or Arizona.

SEE SOME OF CALEB’S STATS AT MAIDEN: https://hobbsdailyreport.com/high-school-football-2018/hs-football-leadinhig-rusher-in-catawba-county-from-maiden-8-times-since-2000/