in 748 games for Blue Devils, is retiring

MAIDEN GIRLS BASKETBALL
Some tidbits— since the 1979-80 season — about Maiden High girls’ varsity basketball, which will have a new head coach next season after the retirement of Frank Snider:
— Besides Snider’s two tenures as head coach, 13 others have been head coach over the last 43 years. That includes Snider’s wife, Wanda (four years beginning in 1984-85).
— Maiden has seven winning records, two .500 records and 34 losing records in girls’ basketball in the last 43 years with one league title (2003-04, Frank Snider’s last team of his first head-coaching tenure).
— Maiden has reached the state playoffs 23 times, including a run of 11 straight from 1998-99 through 2009-09.
— Maiden has one 20-win season (21-8), in the 2016-17 season that ended with a third-round postseason 2A loss to Smoky Mountain.
SOURCE: HobbsDailyReport.com research and files.

Editor’s note: Updates to this story include changes to some of Snider’s basketball records listed in an earlier posted story.

All records information in this story is copyrighted and can’t be republished or broadcast without crediting HobbsDailyReport.com.

Snider is leaving his position as head varsity girls’ basketball coach after three seasons. He held the same position for three years in the early 2000s and also coached the boys’ varsity for 15 years over two tenures. 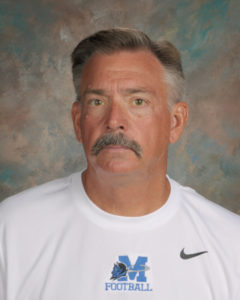 He was not immediately available for comment on Monday.

Maiden went 6-8 last season to finish fifth in the South Fork 2A. The Blue Devils were 14-14 and 9-17 in Snider’s two seasons prior to that.

Snider’s nine years as a head girls’ coach includes a three-year stint at Nations Ford (S.C.), where his teams were 40-30.

With those 56 victories, Snider coached Maiden teams to at least 327 wins in three sports.

A look the unofficial totals of games in which Frank Snider has been a head coach for Maiden in three sports: