MAIDEN – Frank Snider, who has already been head coach in nearly 700 games at Maiden High, is returning to coaching Blue Devils varsity basketball for the fourth time. 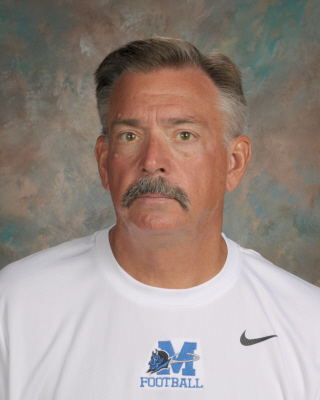 It will be a second tenure for Snider as head coach of the girls’ varsity basketball team.

Williams coached the Blue Devils’ girls to basketball records of 21-8 and 19-6 the previous two years, eclipsing the school’s previous best single-win seasons of 16.

Frank Snider was first hired to coach the varsity girls in 2001-02, replacing Jason Adams after his three seasons.

Snider, a testing coordinator at Maiden and a Catawba College graduate, has also coached varsity boys at Central Davidson before first coming to Maiden, boys at Southern Durham after he left Maiden and returned, and girls at Nation Ford in Fort Mill, S.C (2009-2012) after he retired from teaching in North Carolina.

In a press release announcing Snider’s return, his career basketball record was listed as 327-242.

In football, Maiden went 33-17 in Snider’s four seasons as head coach, winning a share of one league title and reaching the state playoffs each season.