CATAWBA – Another former Bandys High football player is in charge of the program as the school begins its search for a new head football coach. 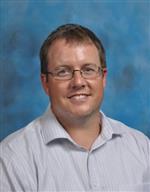 “He’s the guy in charge and the contact,” Harbinson said. “We hope we can have someone named in 30 days.

“He knows our tradition and our history and what we’re about. We fully trust him … to put things together.”

Kyle Lowman has been on the football coaching staff at his alma mater for 17 seasons. He is the Trojans’ quarterback coach and offensive coordinator.

Kyle Lowman, playing for his father (Randy), had 15 catches for 212 yards and one touchdown reception as a junior. In 1997, he played with quarterback Bill Vaughan – with whom he now coaches at Bandys – and had 19 catches for 245 yards and three TD receptions.

Bandys is in the market for a head coach that will lead it into its 60th season of playing a full varsity schedule. The opener is Aug. 17 at home against St. Stephens.

Harbinson said the Trojans already have 20 applications – “and growing” — for the open position.

The job will remain posted as open until May 3, interviews will begin the week of May 7, and Harbinson said the school hopes to have a candidate to the Catawba County Board of Education for a May meeting.

None of the current coaching staff has applied, Harbinson said, but he anticipates the field of candidates will include an in-house candidate(s). Last year’s other assistant coaches were Jim (Goody) Goodwin, Eric McCombs, Frank Porter, Jason Barnes, Kent Millsaps, Vaughan, Steve Hojnacki and Brian Ballard.

Bandys was 5-7 last season and 23-35 in Trent Lowman’s five seasons as head coach.

“We want zero interruptions … as seamless as possible,” Harbinson said of a transition to a new head coach.

He said the school wants to hire a head coach who understands the football tradition and the student-athletes at Bandys.

“We want intensity, for someone to become a part of the community and high energy who can build and keep close relationship with the Optimist (football program) and the middle schools,” Harbinson said. “And we want someone who knows we have an exceptionally well-rounded coaching staff and who will appreciate the quality of coaches we have.”