After 2 seasons away, ‘Goody’ answers 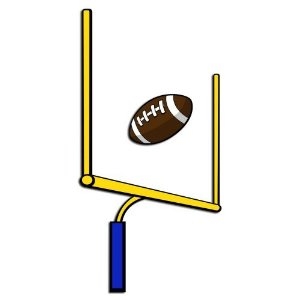 CATAWBA – As it begins football workouts with restrictions on Monday morning, Bandys High is reaching a bit into its past with its 2020 coaching staff.

Jason Barnes — an assistant coach on the staff and former Trojans star selected as the next head coach after the resignation of Tom Eanes – is bringing back Jim (Goody) Goodwin. 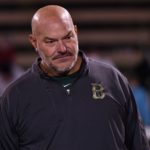 Barnes played on Bandys’ 1996 West 2A championship team that fell to Clinton, led by Willie Parker who reached the NFL and was a starting running back for the Pittsburgh Steelers.

That Barnes-Goodwin relationship as player-coach and working on the same coaching staff sold Goodwin on coming back to the sidelines.

Goodwin, who retired from coaching in 2017, is ending his two-year hiatus to coach Bandys’ defensive linemen. After completing a family vacation, he is expected to be at workouts around July 16.

Asked what lured him back, Goodwin said: “Because Barnes is my buddy. I coached him and he asked if I would come back and he said the other coaches wanted me so, so that’s where we are.”

All athletic workouts in the Greater Hickory area resume today with restrictions and guidelines because of the COVID-19 pandemic.

Trip Thompson is a new assistant and in charge of special teams.

Longtime assistant Kyle Lowman is taking a season away as his family anticipates the birth of a child in August.

Goodwin previously coached as an assistant for 26 years for Randy Lowman and another five for Trent Lowman (Kyle’s brother and Randy’s son). Over 32 years, he coached in 393 varsity games  — the first in 1986 under head coach Tony Paroli — with the Trojans going 237-155-1.

Goodwin, an Ole Miss graduate, played center, guard and tackle for two seasons (1979, 1980) for Salisbury High. He was also a track and field head coach at Bandys for 32 years.

McRee, a key assistant at Bandys when the Trojans reached three state football title games, has coached more than 30 years in Catawba County at Tuttle Middle School, Maiden and Bandys.

In a preseason podcast posted at HighSchoolOT.com that included a preseason preview of the Northwestern 3A-4A for 2020, quarterback Connor Williams was reported as returning for his senior season at St. Stephens.

Williams, who unofficially threw for 1,120 yards and 10 scores a sophomore starter for the Indians and unofficially for 1,359 yards and 12 TDs last season, left St. Stephens after last football season and played basketball at Lincolnton.

This would be Williams’ first season in varsity football for the Wolves, who open the season at home on Aug. 21 against Stuart Cramer.

— In an earlier posted preseason preview of the South Fork 2A, the same website’s reporters indicated their pick of a sleeper to win the league title, citing a key reason being the return of Tom Eanes as head coach.

Eanes resigned after last season, his second at Bandys, and returned as the head coach at Pender County prior to those posted comments.