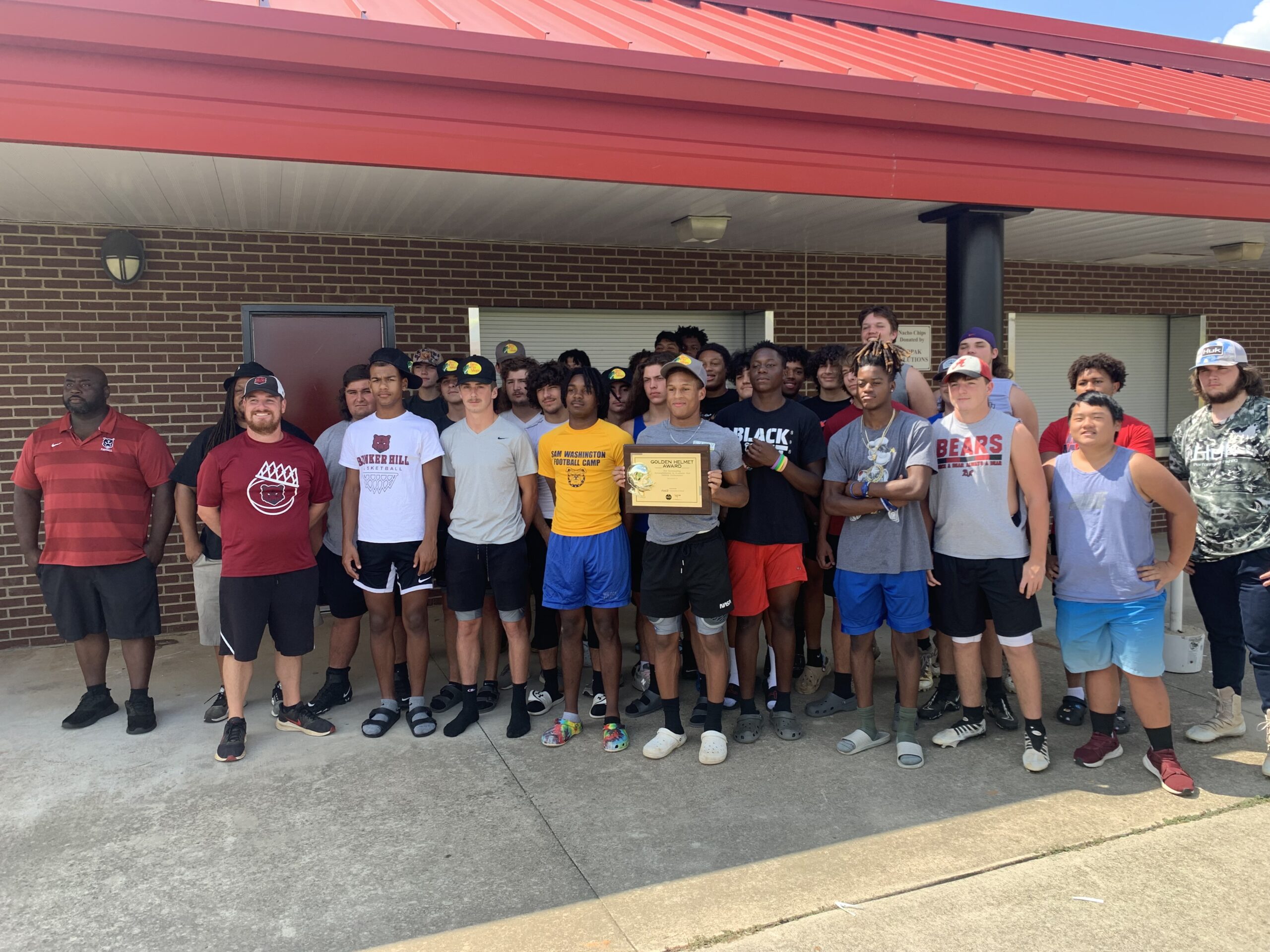 Bunker Hill High running back Jason Willis (holding plaque) with his teammates when he was presented with the first WNNC Coca-Cola Golden Helmet Award of the 2022 season for his performance in the Bears’ 47-35 victory over Cramer on the road — 20 carries for 295 yards with four scores — in a season-opening game. /WNNC PHOTO 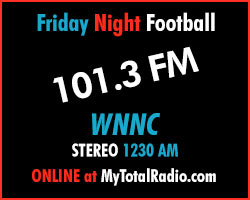 NEWTON — WNNC is again this season selecting an area Player of the Week in high school football.

The radio station and Coca-Cola present the Golden Helmet award each week after receiving nominations from the schools, a tradition established by WNNC owner Dave Lingafelt.

HobbsDailyReport.com is not involved with the Golden  Helmet process but is a media partner with the station, waiving its copyright and providing WNNC use of any of the website’s content the station would like to use in its daily reporting and high school coverage in football and all other sports.