One of the great things about writing articles is when the reporting mentions someone is the only one to accomplish something in a particular period and someone then let’s us know that’s not the case.

In our article earlier this week about Casey Justice being named head football coach at South Caldwell High, he said he believed he was the only Spartans athlete in varsity football, basketball and baseball to earn all-conference honors in all three sports in a season. 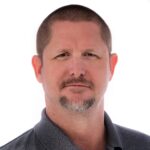 Justice was very clear there could be other athletes, prior to his graduation in 2005, also all-league in those three varsity sports that he did not know about or that he could recall.

We’re pleased that a former South Caldwell star reached out to us to clarify:

Chad Mullis was all-conference in all three of those sports in 1989, after being all-league in football and basketball the year before.

Lanford also coached Mullis in baseball as a center fielder in 1988 and 1989.

HobbsDailyReport.com appreciates Mullis helping extend that all-league list by one.