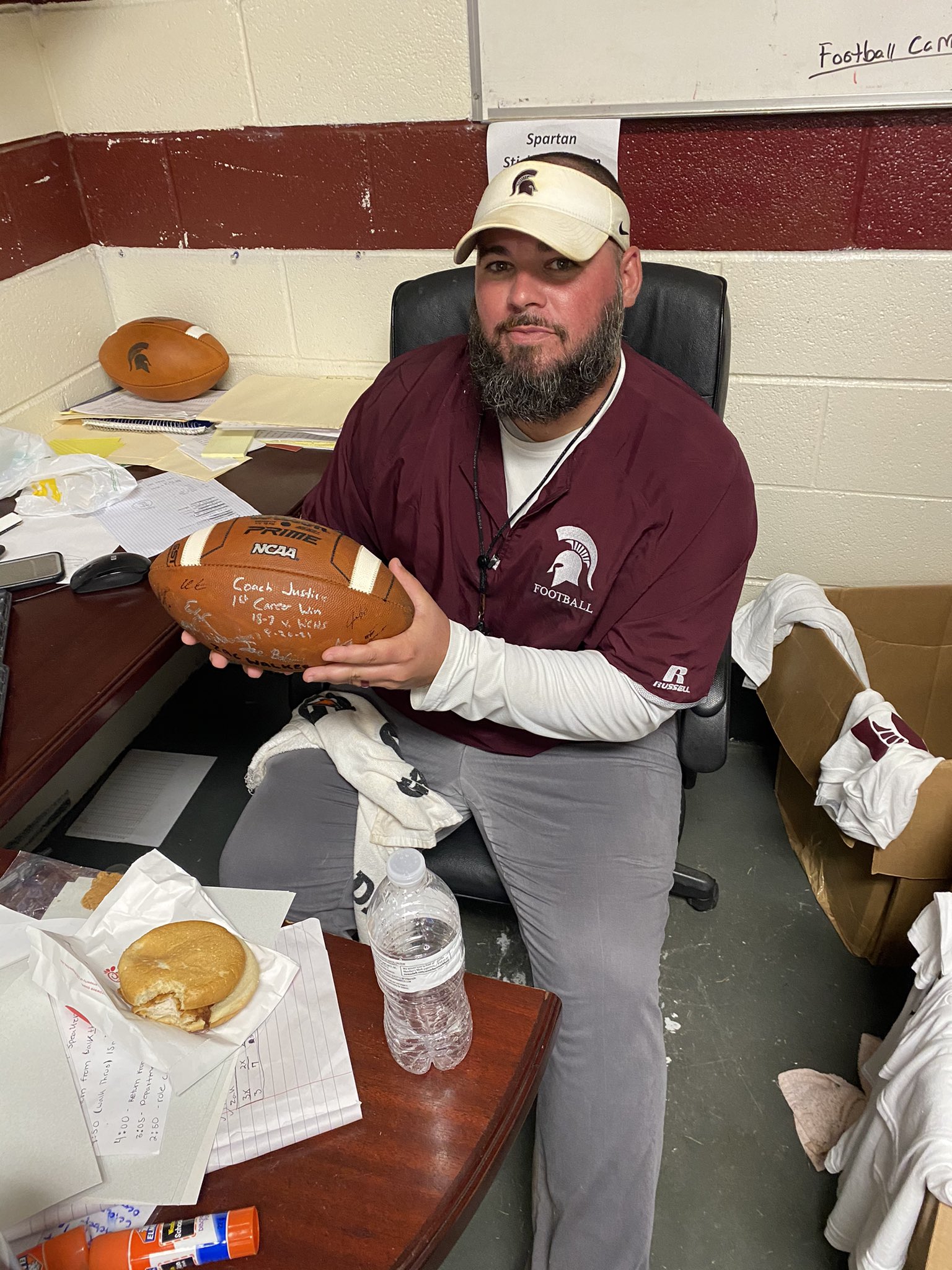 South Caldwell High won the debut of one of its former starting quarterbacks as head coach on Friday night, edging visiting West Caldwell 18-7 to open the season.

It was the first game as head coach for Casey Justice, who will be sidelined this week because of COVID. He and his coaching staff are under quarantine, and the Spartans’ originally scheduled game at Hickory has been cancelled.

Hickory then picked up a home game for Friday night at 7:30 p.m. against Charlotte Latin.

South Caldwell’s next game is now set for Sept. 3 in Hudson against the Hickory Hawks if the quarantine period is completed and OKed.

The Spartans’ next game after the Hawks is currently at home on Sept. 10 against Bandys.

The Spartans went ahead for good on a 34-yard TD pass from Connor to J.R. Robbins, and Connor later scored on a 6-yard run.

The Cougars held visiting Hickory to 165 yards on offense and had 60 plays for 306 yards to win a season-opening game in Taylorsville, spoiling the debut Joe Glass as the Red Tornadoes’ head coach.

Glass’ second game is scheduled Friday at home against Charlotte Latin, added to the schedule over the weekend after the originally scheduled game at HHS (against South Caldwell) was cancelled because of COVID. 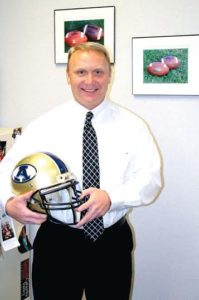 Russell Fraiser, who had six carries for 24 yards, gave Alexander Central an early lead on a 2-yard run with two minutes, 14 seconds left in the first quarter.

Hickory took a 7-6 lead with 4:54 left in the half on a 2-yard run by Josiah Edwards and PAT by Josh Tyree.

Hammer threw an 8-yard TD pass to Andrew Fox just 38 seconds before the half and Daniel Specht’s PAT had the Cougars in front 13-7.

The only other score came with 2:15 to play on Shoemaker’s 11-yard run and a two-point conversion run by Hammer.

Edwards led Hickory with 12 carries for 34 yards while quarterback Turner Wood completed 14 of 29 for 100 yards. He was intercepted twice and Dashawn Medley had six catches for 50 yards.

Alexander Central had the ball for nearly 28 minutes, converting four of nine third downs and twice on three fourth-down attempts.

For the Cougars, Dalton Beck led with three solos and three assists and Kolt Ward had one solo and five assists. Andrew Bumgarner and Robert Young each added an interception.

Junior quarterback Tyler Mizzell threw for more than 100 yards for the seventh time in eight games, leading the Mustangs to a season-opening win at Hibriten.

Mizzell completed 12 of 17 passes for 153 yards and three TDs and added six rushes for 40 yards.

East Lincoln (1-0) is scheduled to play on Friday night at Forestview, and Hibriten’s home game scheduled Friday against Hunter Huss has been cancelled by COVID.

Tyjai Johnson ran four times for 80 yards and a TD, senior Orlandis Howell-Johnson added 49 yards on 10 carries and a TD, junior Virgil Bingham had four carries for 33 yards and junior Ben Cutter ran for a TD on four carries.

The Pioneers opened their season at home with a shutout victory, picking up career win No. 125 for head coach Ryan Habich.

He is 75-25 at Watauga with his ninth season in Boone under way.

“I am excited about the opportunity to play Maiden in that stadium,” Habich told The Watauga Democrat after Friday’s game. “It is a great atmosphere.”

Trey Thompson ran 13 times for 103 of Watauga’s 264 rushing yards with Will Curtis posting 14 carries for 74 yards and a TD and Jackson Roper scoring once and finishing with 38 yards on six carries.

The Pioneers limited the Rams to 113 yards – none passing – and Watauga had 23 first downs.

Orlando Leon set a tone for Watauga’s defense, taking the ball away from Roberson quarterback Carmryn White and going 65 yards for a return TD to open the scoring.

Freedom, under COVID, cancelled its season-opening game at Crest that will start Justin Hawn’s second season as head coach of the Patriots.

The Patriots went 2-4 in the spring under Hawn, a former Maiden player.