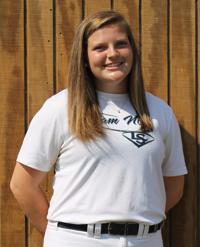 In a press release on Sunday by conference officials, league head coaches voted the Spartans’ Regan Weisner as the league player of the year, Jenna Pittman earned Pitcher of the Year and Casey Justice was named Coach of the Year.

The Spartans were 14-0 in the league this season and finished 25-5 on Sunday after beating Wilmington Hoggard in Raleigh to capture a state 4A title, two games to one.