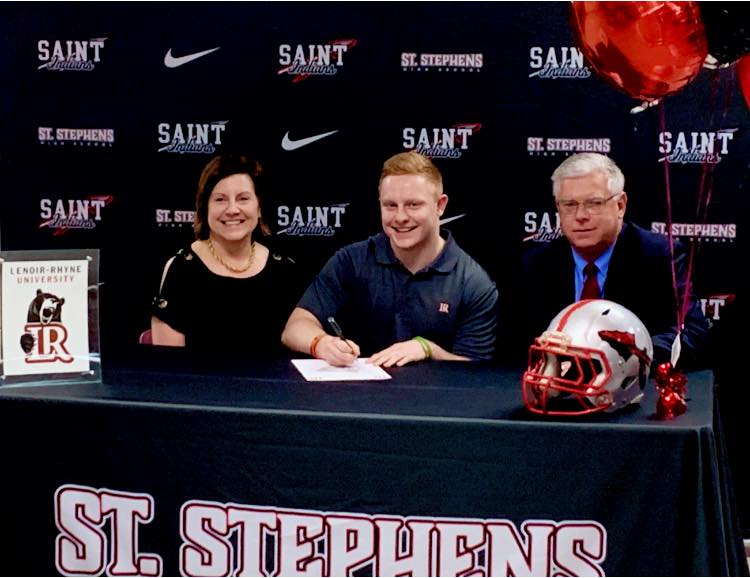 Hancock also played defense at St. Stephens. On offense, he unofficially carried 170 times for 702 yards and two touchdowns last season and caught nine passes for 92 yards and a TD.

Lineberger, who plays baseball and football at Hickory, had 41 pancake blocks last season.

LRU signed 13 players from North Carolina, six from Georgia, four from Florida, two from South Carolina and one each from Maryland and Ohio.

The Bears have 15 additions for offense and 12 for defense.

“I couldn’t be more excited about the signing class,” said Jacobs, who was hired in January. “To be able to put together the quality and the depth of the kids that signed today in about 30 days is a testament to my coaching staff.

“We’re really excited and met a bunch of needs across all three levels. We’re looking forward to getting these guys up here now that they are officially Bears and getting their families involved in what we have going on.” 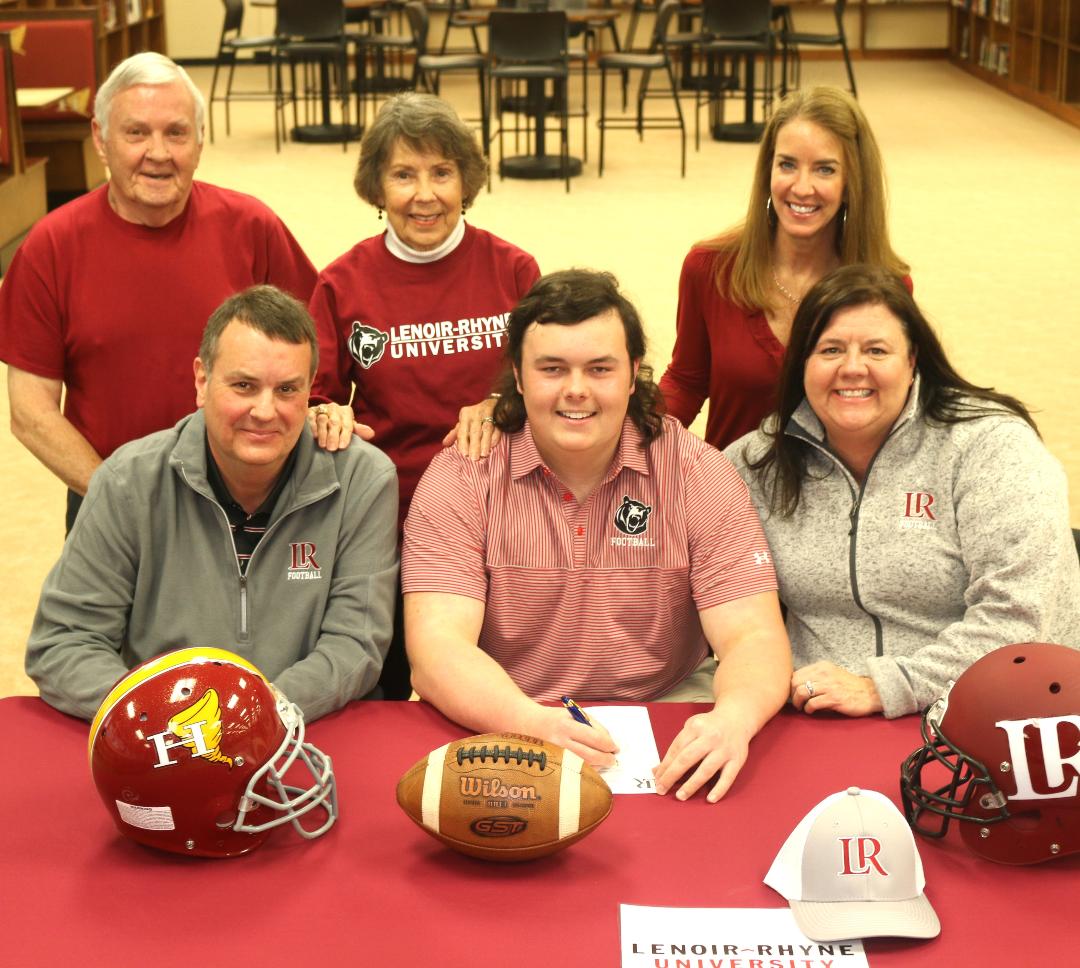 Hickory High lineman Grayson Lineberger signed to play football at Lenoir-Rhyne University. Seated at the table (center) his dad and mom were with him t the signing./HICKORY PUBLIC SCHOOLS PHOTO