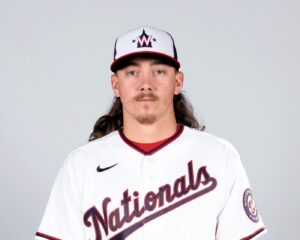 WEST PALM BEACH, Fla. — Former Bandys High right-handed relief pitcher Hunter Harvey was assigned to the Florida Complex League (FCL) Nationals on Monday for a rehab assignment as he works his way back to action for the Washington Nationals.

The FCL Nationals are a rookie league team.

Harvey has not pitched since he was placed on the 10-day injury list by Washington with right forearm strain in his pitching arm. He is now nursing a tricep strain that eventually moved him to the 60-day injury list.

There is no specific time frame for the length of Harvey’s stay on the rehab assignment but hope that he will be able to rejoin the Nationals sometime this month.

Harvey — a first-round draft pick in 2013 by the Baltimore Orioles — has pitched 2 2/3 innings in four games this season for Washington, his first with the Nationals after they claimed him off waivers from the San Francisco Giants.