Editor’s note: Content posted on our website is copyrighted, as are historical records about the Bunker Hill baseballl program, developed and researched by HobbsDailyReport.com. That research can’t reprinted or broadcast without crediting our website’s work and/or only with a copyright waiver. To request a waiver, e-mail chobbs001@att.net. 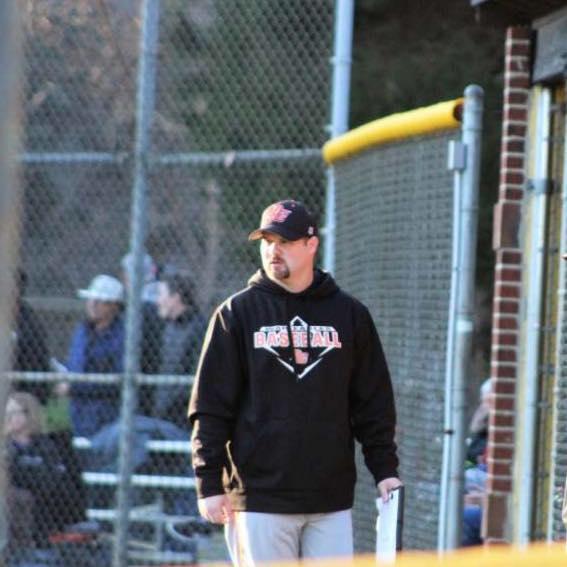 CLAREMONT – Bradley Rudisill has a new title but the same goals for the Bunker Hill High baseball program he is taking over.

Rudisill — a Bandys graduate who has been a baseball head coach at two high schools and also coached one season in college – was a Bears assistant and their junior varsity head coach last season.

His teaching position (special education math) was approved by the Catawba County Board of Education at a meeting on Monday night, and he is replacing Todd Setzer as head coach. 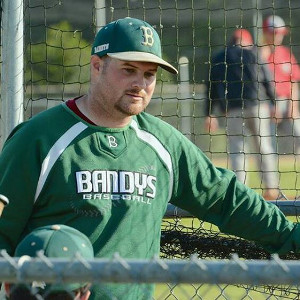 Rudisill, 43-27 as a prep head coach, gets the nod to lead the Bears as they go next season for their 15th straight year without a losing record (12-12 last year, winning records each of the previous 13 seasons).

Of area teams, the Bears are second only to South Caldwell in winning percentage over the last 10 seasons — .683 with nine state playoff bids to the Spartans’ .787 with 10  postseason appearances.

“The great thing is I’m not walking into a program that has a cupboard that is bare,” Rudisill told HobbsDailyReport.com. “Coach (Marty) Curtis and Coach Setzer laid the groundwork for how this program should be run, and I am just trying to do right by them and all the former Bears baseball players.

“We hope the product we put on the field and the young men we are putting into the community is something everyone in the area can get behind.

“I’m very excited to see where this Bears baseball program can go when we have the community backing it.”

Bunker Hill fans should be familiar with Rudisill, a 2007 Bandys graduate who played baseball there. He also was an assistant coach and JV head coach at Watauga and Bandys before working as pitching coach and recruiting coordinator at Montreat College.

At the prep level, Rudisill was Davie County’s head coach for three seasons, coming to Mocksville after his 2018 team at South Pointe (S.C) won a 4A league title, and he was Region 3 Coach of the Year. The team ranked No. 8 in the final 4A rankings by the South Carolina Baseball Coaches Association (SCBCA).

He worked hard last season getting to know the Bears’ program and players.

“I really wanted to focus on getting to know the players and them knowing my style and verbiage,” Rudisill said. “With many of them coming from middle school and a year off of Covid there was somewhat of a clean slate to work with.

“We just really focused on competing in everything we did and it translated on the field. With the JV guys I started to install our base running system and we had a lot of success with that. I think we ended the season with 36 stolen bases and only five guys caught stealing.”

Rudisill said he plans to build off the progress.

“It’s going to be ramped up,” he said. “I have a whole year to work with them and we will use that to our advantage. We will get stronger and faster in the weight room, focus the fall on installing our base running system and our defensive situational things with our younger guys and keeping it fresh on our returner’s minds.”

The Bears — 3-8 through April — won five straight and six of seven and tied West Lincoln for third place in the Catawba Valley 2A Athletic Conference. They reached the league tournament title as a No. 3 seed, losing 16-2 in five innings to top-seeded Bandys, and fell 10-7 at North Stanly in the first round of the state 2A playoffs.

“We only have four returning varsity guys so some of the lingo will be new for them, too,” Rudisill said “(And) them understanding I’m OK with pushing the envelope, especially in the fall to see what they can do come spring.

“All of my teams, it starts on the mound and defensively. We don’t really bring any major innings back from the varsity team but we have a few returners that will step up and then some JV guys coming up that had very, very good years on the mound.

“Our ability to throw strikes with all our pitches will be a direct correlation on how our season ends up.”

Rudisill said the Bears will have a Twitter account so the community and alumni “can follow what we are doing and, as the saying goes, ‘Onc a Bear, Always a Bear.’”