Editor’s note: Content posted on our website is copyrighted, as are historical records about the Bandys basketball program and Eric King’s coaching records, developed and researched by HobbsDailyReport.com. That research can’t reprinted or broadcast without crediting our website’s work and/or only with a copyright waiver. To request a waiver, e-mail chobbs001@att.net.

CATAWBA – Eric King already has a good feeling about what awaits him each day after a 25-minute drive from his home to Bandys High.

King — approved as a social studies teacher at Bandys by the Catawba County Board of Education on Monday night – will be head coach this season in the Trojans’ history-filled girls’ basketball program. 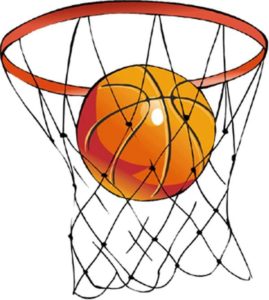 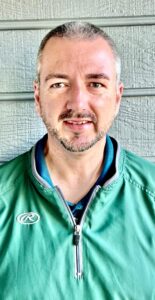 He replaces Nicki Brittain, who resigned after five seasons with a 68-47 record and three state playoff teams.

West Iredell’s boys were 0-23 last season, losing all 14 games on their Western Foothills 3A schedule, and will enter the season having lost 26 straight games.

King — a Carroll County (Va.) native and graduate of Radford University — said he was not actively looking to leave West Iredell but applied at Bandys after a tip the job was opening. He talked to his family – the Kings live about 10 minutes from West Iredell – and then applied and prepared to interview.

“Once I interviewed, I knew I wanted the job,” said King, who added he’d been thinking about potentially moving from coaching boys to girls. “I’d always heard about community and school support at Bandys, and it (the interview) reinforced that…

“The culture is incredible. It seems like they’re all on the same page athletically. It feels like a community there.”

The Trojans are tied with Freedom’s girls for most West Regional appearances at 20 (more than any basketball teams in the state, girls or boys), and Bandys is tied for most girls’ state titles (six in seven appearances) with Hayesville, now second to nine by Bishop McGuinness.

King will be the sixth girls’ basketball head coach in 11 years for the Trojans, and this is the 11th girls’ head coach since the late Bill Bost arrived in 1970 (Beth Laney Queen held the job twice).

King said his coaching staff will include Amber Vaughn and returnee Mark Lackey.

“This group has a ton of potential,” said King, whose coaching career includes stints as an assistant with Matt Wilkinson at Bunker Hill, Shawn Johnson at Hickory and Duane Lewis at North Mecklenburg. “It’s still early. We’ve had a good number for workouts but not everybody at the same time. It is going to be a young team … it’s a young group that is pretty impressive.”

Responding to a question about how the Trojans might look different this season, King said they’ll play a pack line defense and push the tempo on offense,

He said the pack line is popular but not as often used in girls’ or women’s game as in men’s games.

“I really think it could be (successful),” King said “It’s a version of man-to-man but a little more based on help side (defense) than getting in passing lanes.”