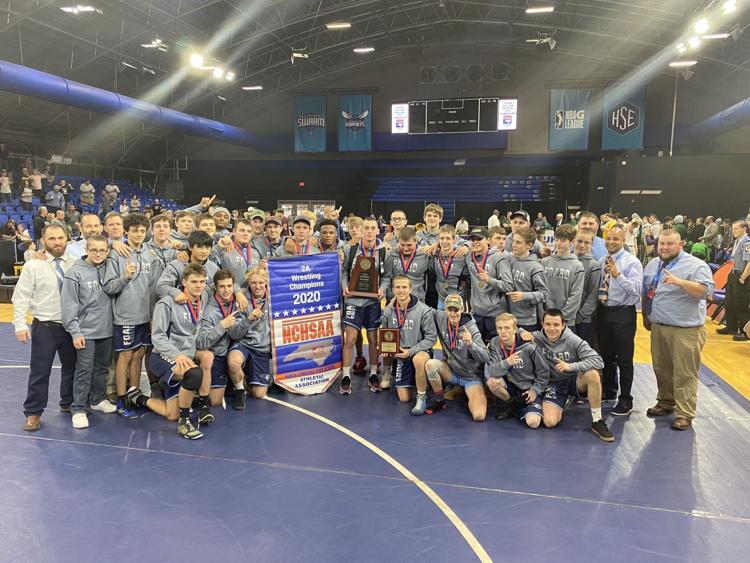 Fred T. Foard High rolled to an unbeaten season and a state 2A title in dual-team wrestling on Saturday by beating Croatan 59-9 at the Greensboro Coliseum Fieldhouse. The Tigers finished 47-0./FRED T. FOARD HIGH PHOTO

GREENSBORO – Fred T. Foard High added another entry in its rise to a state power in wrestling on Saturday, hammering Croatan 59-9 to win the state 2A championship.

Foard (47-0) – which was dominant all season in the Northwestern Foothills 2A under head coach Mike Carey — won eight matches by pin.

Braden Wharton, who pinned Anthony Marello of Croatan in two minutes, 35 seconds at 138 pounds, was named Most Outstanding Wrestler. 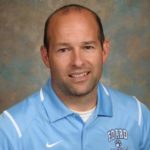 The state title is the fifth for the Tigers. They won the state 3A dual-team titles in 2013 and 2015, beating Eden Morehead both times, and won state individual tournament crowns in 3A in 2011 and in 2A in 2018.

Saturday’s win was unofficially the 36th for Foard in the dual-team state playoffs (against nine losses), a format that began in 1990.

The Tigers did not qualify for the dual-teams until 2002-2003, losing in the third round.

After that, Foard was not in the dual-team brackets again until 2010, starting a string of 11 straight bids that continues.

Croatan fell to a Catawba County school in the state dual-team final for the fourth time. Previously, Newton-Conover won 31-30 to take the state 2A title and Bandys’ back-to-back state 2A crowns in 2005 and 2006 were over Croatan, 42-15 and 35-26, respectively.