will be conference administrator  for new league

The new eight-team 2A conference that begins in August will be named the Catawba Valley 2A Athletic Conference.

In an e-mail from Butch Parker — currently conference administrator for the South Fork 2A — he said he has accepted the same role for the new conference and revealed the league’s name. 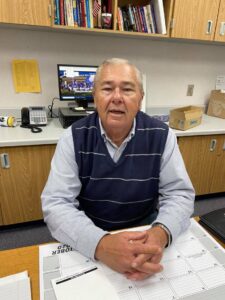 In statewide realignments, five schools currently in the South Fork 2A – Bandys, Lincolnton, Maiden, Newton-Conover and West Lincoln – join with Bunker Hill, East Burke and West Caldwell, all currently in the Northwestern Foothills 2A to form the new conference.

Brandon Harbinson, athletic director at Bandys, is the CVAC 2A’s president and his school will serve as the host school for coaches’ meetings and Bandys will play host to any on-campus league tournaments it selects to.

Some of the conference tournaments (to be announced) will be played at neutral sites to be determined later.

Parker said the league has already met one of its scheduling goals that will have season-ending games – whenever possible – be games between traditional rivals – Bandys versus Bunker Hill, East Burke versus West Caldwell, Maiden versus Newton-Conover and Lincolnton versus West Lincoln.

The league will have schools from five Local Education Administrations (LEAs).

Official names for conferences involving teams from the Greater Hickory area have not been released (see leagues below).