She replaces Barbara Helms, who retired from teaching at HHS in April

Editor’s note: This article is copyrighted by HobbsDailyReport.com, and the record(s) of Hickory High girls’ varsity basketball have been developed by research and records kept by the website and can’t be reprinted or rebroadcast without crediting HobbsDailyReport.com or obtaining a waiver of that copyright. To inquire about a waiver, contact chobbs001@att.net.

HICKORY – The 19-year career of Barbara Helms that continued to keep Hickory High’s varsity girls’ basketball program as a power is officially over.

A press release from the Hickory Public Schools (HPS) said Abernathy — who sparked state 3A title teams in 1998 and 1999 before playing at Charlotte – has been coaching for 10 years. 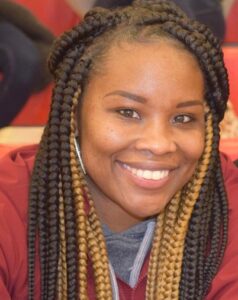 She also played professional basketball in Luxembourg, averaging 22 points and 11 rebounds, and ended her pro career playing in the U.S. and in South America.

Abernathy’s coaching resume includes an unbeaten junior girls’ team (16-0) at HHS in 2014. She was an assistant coach for Helms the next year when the Red Tornadoes (31-0) won another state 3A crown, and she continued those roles through 2019 before joining Catawba County Schools.

She has also served as head women’s basketball coach at Caldwell Community College and Technical Institute during her career.

Abernathy will teach physical education at HHS. Her teaching credentials include experience as a teacher assistant for Exceptional Children (EC), and she was also In-School Suspension Coordinator while previously at HHS.

Abernathy has degrees in sociology, criminal justice and African and African American Studies.

“It’s good to be back where it all began for me,” Abernathy said in the HPS press release. “Words cannot express how grateful I am to be coaching and teaching at my alma mater because opportunities like this don’t come along very often.

“I am excited to help these young ladies grown and succeed both on and off the court, as well as to build and create a new legacy here at Hickory High. Stay tuned to find out what the future has in store for us this season…”

Hickory went 17-9 last season with six wins in a seven-game stretch in early February powering a second-place finish (11-3) behind East Lincoln in the Western Foothills 3A. The Red Tornadoes did not get above .500 (6-5) until the first week of January.

Enka eliminated Hickory in the playoff’s first round, winning 63-57 in overtime at Hickory.

Abernathy helped St. Stephens go 16-11 after a third-place conference finish (9-5) that earned the Indians their first state playoff berth in four years and fourth in the last 11 seasons.

Ashe County knocked the Indians out of the playoffs in the first round, winning 59-45 at Ashe County.

When Helms retired, there was no announcement by HPS, which acknowledged her decision after an inquiry by HobbsDailyReport.com. There was never an indication if she retired as a coach (the HPS Board of Education accepted her teacher resignation as of April 1).

The open position was posted but without that clarity –or a hire – it was unclear if Helms had an option available to all retirees of leaving employment for six months (from April to November) and then reapplying for the coaching and/or a teaching job.

Newton-Conover’s girls’ head coach, Sylvia White, did that and returned in time to coach the Red Devils last season.

With the hire of Abernathy, the Red Tornadoes now have former players guiding the varsity basketball teams. Daniel Willis has coached varsity boys the last two years (10-2, 26-2), and Abernathy joins David Elder as the only other girls’ varsity basketball head coach since 1983-84.

“Coach Abernathy is skilled in basketball as a player and as a coach,” HHS Principal Rebecca Tuttle said in the press release. “It is my belief that she will continue the tradition of excellence for our program in working to move our team to the next level.”

A state player of the year as a senior, Abernathy knows exactly how she wants to approach her new job.

“I would like to have an open line of communication with teachers and families,” she said in the press release. “We will have bi-weekly grade checks and check-ins with each other. We will also have a no-zero policy with the grade checks.

“I would like Hickory High’s staff to know that as a coach, we are supporting their classroom environment alongside the student-athlete, with the emphasis on being a student first.

“In turn, I would love for the teachers to come out and support athletes. I will expect the players to work hard and smart; making hard work their passion.”

She said she has high expectations.

“As I coach, I want these young ladies to understand their attitude should always be respectful to their teachers, classmates and teammates. I have zero tolerance for disrespect of any kind.” 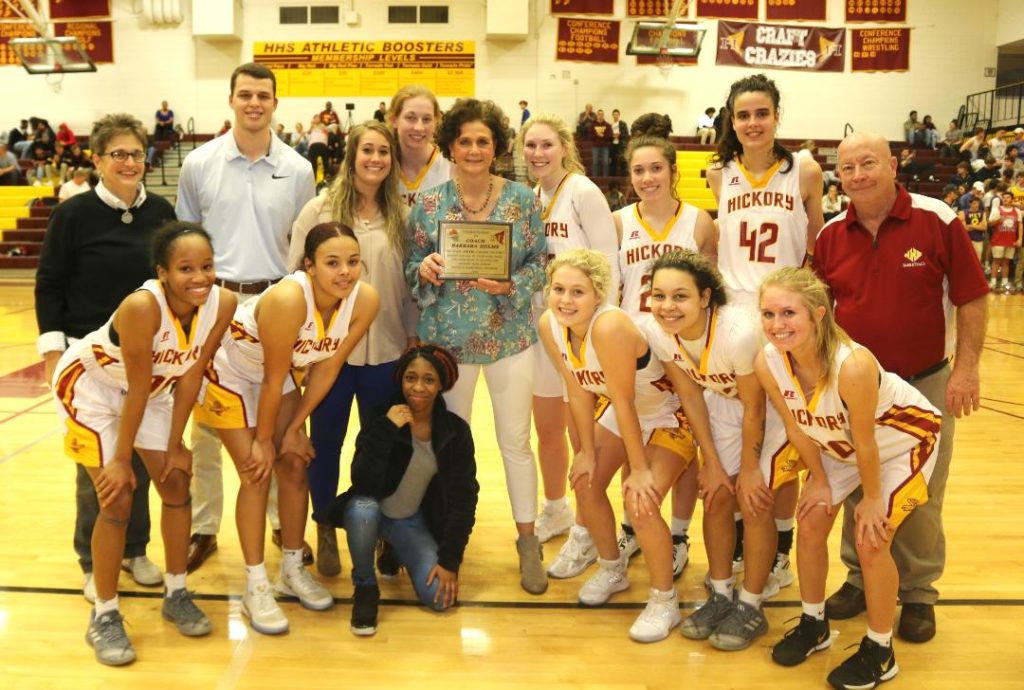 HICKORY HIGH’S GIRLS
A look at some highlights for one of the state’s top girls basketball programs during the previous 19 season with Barbara Helms as head coach. A former Red Tornadoes star, Alicia Abernathy, is the new head coach. Under Helms, the Red Tornadoes:
— Had 19 winning seasons
— Made it to the state playoffs 19 times
— Played for three state 3A titles, winning one (2014-2015)
— Earned seven West Regional bids
— Won eight outright conference titles and shared two others
— Posted 14 seasons with 20-to-29 wins
— Had one 30-win season
SOURCE: HobbsDailyReport.com research and files