West Lincoln has a three-game win streak in the series for the first time… Avery entered the game averaging 199.7 yards per game rushing, tops in the Catawba Valley Athletic 2A… The Rebels are 8-27 against Bandys since 1980 and have won five times at Bandys – 1982, 1986, 1988, 2019 and Friday night… The last overtime game in the series was a 3-0 victory by West Lincoln at Bandys in 1982… The win margins for West Lincoln in the wins at Butler Stadium are three, one, one, 10 and three points … Unofficially, Bandys leads the series 39-13-1, and the Trojans have beaten only one other opponent, Foard, more times (42)… West Lincoln improved to 19-7 under head coach Darren Ponder, who is in this third season… Bandys is 3-6 under Jason Barnes, a former Trojans star who is in his second year as head coach… West Lincoln next plays Maiden at home on Friday at 7 p.m. while Bandys is at home, same kickoff time, against East Burke.

— Avery’s interception on the sixth play of the game set up West Lincoln’s first score.

— The Rebels threw a 30-yard TD pass on fourth-and-6 and gained a 14-0 lead. That came after forcing a Bandys fumble.

— A fumble recovery by Caleb Moore set up Bandys’ second TD, with 1:40 left in the half, and it was tied 14-all at halftime.

— DeHart threw an incomplete pass on fourth-and-goal at the West Lincoln 6 with 2:55 to go in the third quarter.

— After a fumble recovery by Moses Anderson gave Bandys possession at the West Lincoln 38, four penalties for 45 yards – two of them for unsportsmanlike conduct, forced the Trojans to punt on fourth-and-goal at the Rebels’ 37.

— West Lincoln forced a fumble by DeHart at the West Lincoln 40, recovered by Patrick Goins with 4:49 to play.

— Stybroski intercepted a pass at the Bandys 10 and returned it to the West Lincoln 27 with 11.9 seconds left in regulation. After a 5-yard penalty, Bandys tried a 49-yard field goal by Fletcher Harris that was wide left.

— Bandys scored on its second play of overtime on a 9-yard run by Nathan Jones but it was wiped out by a holding penalty.

— After a pass interference call against the Rebels, the Trojans were at the West Lincoln 7. Bumgarner gained a yard and Harris then converted a 23-yard field goal for a 17-14 lead.

— Avery, who had five carries for 12 yards in the first half, scored the game-winner on West Lincoln’s first overtime possession.

— Bandys was penalized 15 times for 168 yards with seven for 70 yards coming in the final 11 ½ minutes of regulation and overtime. 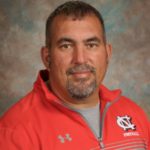 West Lincoln’s Darren Ponder: “Our kids know for us to win we have to outwork people… keep it close enough in the fourth quarter and have a shot. This is a hardworking bunch of kids and they do everything we ask.

“We take a lot of pride in hard work,” because it reflects the attitude of the West Lincoln community.

“I firmly believe they (his players) see the body changes (from summer workouts and conditioning) and they start believing mentally they can accomplish what they want to do.”

Ponder said the Rebels lift weights four days a week from about the second week of June on and get in at least 20 weight-lifting related preseason/summer workouts. 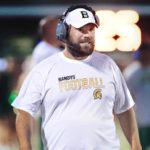 Bandys’ Jason Barnes: “We started out with penalties in the first half and it bit us in the butt.

“(West Lincoln) came into this game 3-0 for a reason. We knew that we had to match their physicality.

“I looked at their team… and it’s kind of like what we want to be, where we want to go with our program.”

Barnes said he was concerned about the number of penalties and especially the timing of some of them, saying “We’ve gotta compose ourselves better than that,” noting that some of the penalties because of actions of the coaching staff.

“It’s one of those things. We want them to be hyped up and play with a chip on their shoulder. But, hey, man we gotta play under control.”

Bandys played without starting center Andrew McCreary (illness), who has been out two weeks with no certain date of return, and Barnes said he played two freshman against the Rebels – center Sam Hill and offensive tackle Avery Miller.

“I couldn’t be more proud of them,” he said of his team. “We’ve been in some games where you beat (the heck) of a team… but an ugly win is always better than a pretty loss.”