Maiden gets tough battle from St. Stephens, prevails 29-19 at home 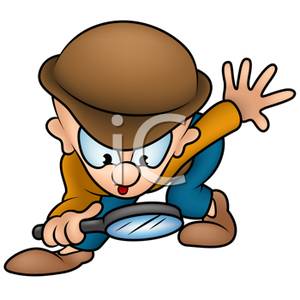 EXCLUSIVE: BEST BEARS’ AIR GAMES
HobbsDailyReport.com will this week search its extensive files – individual game statistics for nearly all of the area varsity football games since we began keeping those in 1995 – to see where 350 yards by Bunker Hill QB Redek Robinson ranks among Bunker Hill quarterbacks.
That will mean reviewing approximately 280 games played by Bunker Hill in that time span (if we have them all)… and we’ll post what we find as soon as we’ve completed that research.
It’s research like we’re doing that makes HobbsDailyReport.com’s reporting so much more in depth (and provides greater context) when today’s stars have games that rival the best in their school (or area) history.
Our editor and content coordinator, Chris Hobbs, is in his 47th season of covering prep football in the area, and Bunker Hill has been a part of that for all those years.

Bunker Hill High’s explosive offense got hot on Friday night with junior quarterback Redek Robinson throwing for 350 yards and three touchdowns in a 27-20 victory over North Iredell on the road.

Playing in Olin for the first time in the series, the Bears (3-0) jumped to a 14-0 lead on Robinson’s 23-yard pass to Xavier McCleave and a 39-yard strike to Devin Brice with PATs after both scores by Alan Bahena Soto.

Leading 14-6 in the second quarter, Bunkter Hill extended its lead with a 75-yard kickoff return TD by McCleave.

Robinson’s third scoring throw was 75 yards to Ayden Killian in the third quarter.

Robinson went 16 of 24 with one interception and threw seven times to McCleave for 127 yards and three times to Brice for 107 yards.

On defense, Robinson had two interceptions and sophomore Alex Wright had four tackles and five assists and junior Ayden Killian and sophomore Xzaiver Rinehardt each had a sack.

Senior wide receiver Chris Culliver had five catches for 76 yards and one score and returned an interception 57 yards for a key TD as Maiden (2-1) beat the visiting Indians for the ninth straight time. 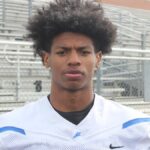 Senior running back Ben Gibbs had 178 rushing yards for the Blue Devils and scored on a 37-yard run early.

Maiden trailed 7-6 and got the lead for good on a 20-yard field goal by Carson Foard in the first quarter.

Maiden answered with two scores in about four minutes – a 30-yard pass from quarterback Wesley Thompson to Culliver and Culliver’s interception return. Culliver picked of a pass on the far side of the field, angled his run toward the right sideline and made a cut down the field. He dodged two defenders in the last 15 yards to score.

Gaither scored on an 8-yard run just before halftime, putting the Indians with 10 points, but there was no more scoring in the game.

Other than their five wins in the series since 1980 (Blue Devils lead 31-5-1), it was the 11th time St. Stephens has been within nine points in a loss to Maiden.

The closest loss for the Indians in the series is a four-point game at St. Stephens in 1992.

Both teams are idle on Friday and begin league play on Sept. 16: Maiden opens Catawba Valley 2A Athletic play at home with East Burke, and the Indians start Western Foothills 3A play at home against West Iredell.

Maiden has now won 57 of its 74 games under head coach Will Byrne (seventh year).

The Rebels (3-0) won for the third straight time in the series and took a 17-16 lead in wins since 1982, with a home victory sparked by running back Mason Avery.

Winnex added an 18-yard TD run, Avery ran a yard for a score and Chi Chi Phansool returned an interception for a TD for a 34-7 halftime lead for West Lincoln.

Avery added a 38-yard TD run in the third quarter, and Howell’s scoring runs were 1 and 3 yards.

Foard dropped to 0-3 and has lost 17 straight games heading into an open date on Friday and then a home game on Sept. 16 against North Iredell to start the Western Foothills 3A schedule.

West Lincoln — 27-10 under Darren Ponder in his fourth season as head coach — is off Friday. The Rebels’ opener in the Catawba Valley 2A Athletic is Sept. 16 at home against Bandys.

Ben Mast’s fourth completion of the game came in overtime, throwing 11 yards to Darren Hammons, and the Cavs won at home on a PAT by Eli Carico.

In the 13th game of their all-time series, the Cavs grabbed the series lead (7-6) with Caden Buff rushing 15 times for 151 yards. He broke a run for an 80-yard score in the fourth quarter and Carico’s kick tied it at 21.

Jordan Cunningham led the Wildcats’ run game, picking up 120 yards on 27 carries. He had scoring runs of 8 and 25 yards, the latter putting Draughn up 21-14 at the half.

East Burke, 9-9 in two-plus seasons with Derrick Minor as head coach, is off on Friday. The Cavs begin Catawba Valley 2A Athletic play on Sept. 16 at Maiden. 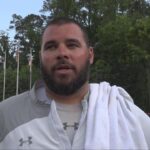 Junior Sam Moore ran for 159 yards and quarterback Anderson Raynor added 147 yards of offense as the Spartans (2-1) won at home.

South Caldwell gained 357 yards – 269 of it rushing – to win for the 11th time in 14 games since Casey Justice, a former starting quarterback for the Spartans, became head coach.

The Panthers remained dominant on Black and Blue Friday, winning for the 20th straight time over the Warriors.

The Panthers have won 27 of 43 games against West Caldwell since 1980, including 15 of the 21 played in their stadium in that time span.

The win margin far exceeded the average loss margin for the Warriors in a 10-game stretch of games at Hibriten; coming in, it was 35.1 points.

West Caldwell’s last win at Hibriten was in 2002.

Hibriten will be at home Friday (7:30 p.m.) against state power Shelby, off to a surprising 0-3 start.

The Patriots (1-2) fell in Gastonia and by the same score as last year’s game in Morganton.

Quarterback Jaylen Barnett gave Freedom an early 7-0 lead with a 3-yard run and a PAT by Jake Kota.

Forestview (1-2) tied it in the second quarter on a 7-yard run by Christian Holland and PAT by Plamedi Warsinsky, and the winning score was a 1 –yard run by Jaxon Hill in the third quarter.

Freedom was limited to 142 yards on offense and had 13 penalties for 140 yards.

The Jaguars had 195 yards of offense and they had 11 penalties for 90 yards.

Limiting the host Cougars to 57 rushing yards and 81 on offense, the Rockets (3-0) rolled past the Cougars (2-1) in Taylorsville.

Logan Shoemaker led the Cougars with 16 rushes for 43 yards, and quarterback Tanner Moore had Alexander Central’s only score, a 5-yard run late in the third quarter.

Thomas Cline had seven tackles, three for lost yardage, plus two sacks and Kellun Triplett made five tackles for the Cougars.

The Pioneers got 146 rushing yards and one of their two-fourth quarter rushing scores by Maddox Greene to wipe out a deficit and win on the road.

Calton Horine led Watauga’s defense with seven tackles and eight assists, Isaiah Shirley had 5 ½ tackles and three assists and Greene had an interception.

The Pioneers go for a 4-0 start on Friday when they visit Burns. 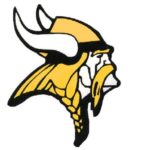 The Vikings (3-0) extended the Warriors’ losing streak to eight games, winning at West Iredell after leadng 23-0 at halftime.

Senior quarterback Brice Warren ran for two TDs (8 and 39 yards) and threw for one while senior running back Jaylon Neal scored on runs of 7, 73 and 14 yards.

The Warriors (0-3) are idle on Friday and open Western Foothills 3A play on Sept. 16 at St. Stephens.

With Trae Sechrest rushing for 131 yards and a score, the Wildcats (3-0) rolled past the visiting Greyounds.

Sechrest had a 1-yard TD run that finished a Wildcats drive of 80 yards.

Phoenix Lowrance ran for 93 yards and passed for another 94 for Statesville, which open with a shutout victory over Carson and then lost 29-13 at South Iredell.

The Greyhounds are off on Friday and open Western Foothills 3A play on Sept. 16 by visiting North Lincoln.

The Mustangs (3-0) picked up career win No. 36 for head coach David Lubowicz, shutting out the Wolves on the road.

The Mustangs led 13-0 at halftime.

East Lincoln extended its lead to 27-0 on a punt return TD with about six minutes to play.

East Lincoln is idle on Friday and prepares for a Sept. 16 game that could have a big impact on who wins a Western Foothills 3A title, as Hickory visits the Mustangs (7:30 p.m.).

The Wolves are idle Friday and then go to unbeaten Bunker Hill to start the Catawba Valley 2A schedule on Sept. 16 (7:30 p.m.).

Quarterback Alex Walker got the ball into the right hands twice on screen passes for scores that beat the visiting Knights (0-3).

After a scoreless first half, RayJay Waters turned a screen pass into an 86-yard TD, and Tevin Tucker later ran 51 yards with a screen pass for Northwest Cabarrus’ scores.

The Trojans improved to 2-1 and the Knights fell in Nick Bazzle’s 262nd game as a prep head coach at Newton-Conover, Alexander Central and North Lincoln.

The Knights are idle on Friday and then play at home – on a new turf field for the first time – against Statesville in a Western Foothills 3A opener.

Anthony Graham had seven catches for 182 yards and Hunter Wyles made three for 73 yards for Wilkes Central.

Patton’s only score was a 2-yard run and two-point conversion run by Trevor Smith in the second quarter, which left the Eagles ahead 14-8 at the half.

Smith ran 21 times for 88 yards and all 172 of Patton’s yards on offense came via rushing.

Wilkes Central had 434 yards but did not score a passing TD.