Team was first for Blue Devils to reach Western Regionals

Maiden High will have a 30th anniversary recognition of its 1989-90 varsity boys’ basketball team on Feb. 14. 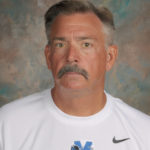 The Blue Devils will play host to Lincolnton on Feb. 14 in a South Fork 2A doubleheader with the 1989-90 team being honored at halftime of the varsity boys’ game.

Monroe beat Bandys 86-81 in two overtimes to match up with Maiden for the West 2A Regional title.

Snider coached the Blue Devils for 12 seasons, starting in 1984-85, and they reached the state playoffs nine times and nine of his last 10 teams were state qualifiers.

The 1989-90 team was Maiden’s first to advance to the West Regionals, and it later had five teams get there — four under head coach Fred Byrne, and the 2004-05 team under Snider, whose second tenure as boys’ head coach lasted three years.

The non-conference doubleheader between Ashe County at Watauga scheduled Wednesday in Boone has been cancelled.

The Pioneers had a makeup Northwestern 3A-4A game at McDowell on Monday, play at St. Stephens on Tuesday night and battle Hickory in Boone on Friday night.