ex-principal charged with DWI as an employee

HICKORY – Robert Brown, whose career includes coaching at Crest, started his role as interim principal at Hickory High on Thursday.

In a press release by the Hickory Public Schools, the system said Brown will serve as principal during the absence of Rebecca Tuttle, who is on extended leave.

Tuttle was charged with DWI on Jan. 3 (blood level of 0.16, according to Hickory Police Department), and Thursday’s press release was the first response from HPS regarding who was filling Tuttle’s role at HHS. 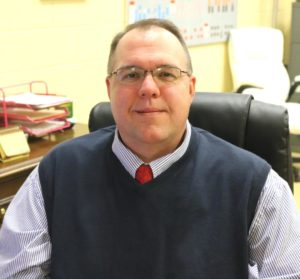 The police report indicated Tuttle hit a car, a pedestrian and a shed on Jan. 3.

HPS Superintendent Robert Adell has shared with parents of HHS students that Tuttle remains employed with the school system as an administrative assistant.

The press release said Adell said in his message to parents, in part: “Barring unforeseen circumstances, it is our intent to reinstate Ms. Tuttle to an administrative role at a date yet to be determined.”

In the press release, Brown said: “I am thrilled to be here at Hickory High and I look forward to building upon the strengths in place as developed by Ms. Tuttle and the team.

“We are moving forward with a strong focus on rigor and developing healthy relationships.

“I am thankful for the opportunity to work with the amazing staff and students of Hickory High.”

Amy Baker and Matt Hollifield will serve as assistant principals at HHS.

Brown has a passion for athletics after serving as a football assistant at Crest and head track and field coach for the Chargers.