PREMIUM CONTENT
For a more detailed and expanded look at this story — including lists of Little’s coaching stops and records and a list of all of the head football coaches in Freedom’s history — purchase a premium content subscription — $8.95 monthly or a full school year for $85, a savings of nearly $23. For more details and to register: https://hobbsdailyreport.com/register/ 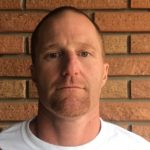 WILMINGTON – Luke Little, head football coach at Freedom High the past two seasons, is the new leader at Wilmington Laney.

Little — a second generation head coach with stints at South Stanly and Whiteville before coming to Freedom — has an official career coaching record of 104-63.

The move puts Freedom back in the market for a head coach – the Patriots’ next hire will be their fifth in seven years, seventh since Tim McMahon left in 2005 after 11 years as head coach, and the 13th in school history.