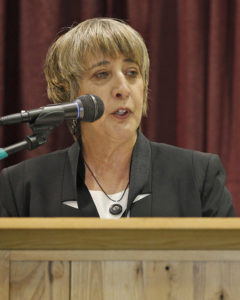 The dedication ceremony is scheduled Friday at 6 p.m. at the school.

Richards later coached volleyball at Newton-Conover High, starting in 2003, and her 2011 team won a state 2A title.

Richards won the Doris Howard Female Coach of the Year award from the North Carolina High School Athletic Association (NCHSAA) during her career and was inducted into the Catawba County Sports Hall of Fame in 2015.

For more information about Friday’s event, contact Alison Yount at alison_yount@catawbaschools.net or Glenda Foster at dgfoster@charter.net.