GREENSBORO — Freedom High’s Adair Garrison, who helped the Patriots win 93 games in a four-year varsity basketball career, has been selected to play in the East-West All-Star Game. 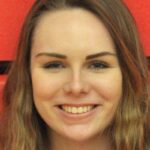 Garrison, a 6-foot-1 center, averaged 12 points and nine rebounds last season when the Patriots were 11-1 in a season shortened by COVID-19.

Garrison, who has signed to play at Appalachian State, averaged 10.4 points and 6.9 rebounds as a freshman and Freedom went 23-5.

She was picked to play for the West in a game scheduled July 19 at the Greensboro Coliseum by West head coach Brad Mangum.

When selected as West head coach, Mangum was at West Caldwell but there were no East-West games last summer due to COVID-19.

Mangum left West Caldwell to become head coach at North Lincoln, guiding the Knights to a 3-11 record in a season cut short by the pandemic.