The Bears (2-7, 2-2), who won the week before at Draughn, collected career win No. 2 for first-year head coach Patrick Clark. 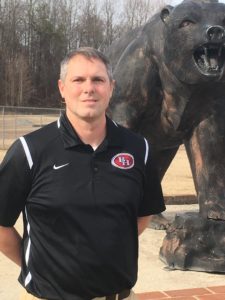 Powell ran 13 times for 82 yards and a TD, and Carson had five carries for 65 yards and one TD and added a blocked field goal return TD as the Bears won their homecoming game.

Carson’s 85-yard return of a blocked punt gave Bunker Hill an early lead, and he added a 49-yard scoring run in the second quarter to put the Bears up 13-0.

Bears quarterback Desmond Anderson completed a 26-yard TD pass to Kaliq Ramseur, the only score of the third quarter, to extend Bunker Hill’s lead to 19-7.

Running back Josh Moore (28 carries for 127 yards) ran 9 yards in the fourth quarter for a TD that helped the Cavs get within 19-14. Unofficially, he will need 114 yards against Hibriten to reach 1,000 for the season.

Powell’s 6-yard TD run and a PAT by Dylan White made it 26-14, and the Cavs closed within five points when Jaylan Jefferson caught a 14-yard pass from Pruitt and Strong added a PAT.

Pruitt finished with 82 passing yards and ran for another 80 on 16 carries.

LENOIR — The Panthers’ running game overwhelmed the visiting Wildcats as Hibriten ran its win streak to 24 games to stay atop the conference standings.

Running back McKinley (Gee) Witherspoon scored three straight TDs to extend the Panthers’ led from 7-0 to 28-0 by the second quarter – on runs of 73, 9 and 54 yards.

Skylin Thomas, who caught a 25-yard pass from Jaylen Scott for the game’s first score, returned a punt 54 yards for a TD for a 35-0 lead.

Draughn dropped to 0-9 overall and 0-4 in the conference and plays Fred T. Foard at Draughn on Friday at 7:30 p.m. After a bye on Oct. 26, the Wildcats close at East Burke.

Draughn needs a win in its first season under head coach Chris Powell to avoid the first winless year in school history. The Wildcats have won one game twice and only two games twice in their previous nine years of varsity football (they are 4-27 in their last 31 games).

MORGANTON — Patton goes into its bye week riding a three-game win streak after beating the visiting Warriors and moving into second place, a half-game up on West Iredell and Fred T. Foard.

Patton won behind its running game with Matt Byrd, Bryson Ratliff and Alex Flores each rushing for a score.

Byrd scored on a 12-yard run for a 9-7 lead after Pierce Memmel had kicked a 35-yard field goal, his fifth of the season.

Ratliff added a 26-yard scoring run and Flores ran 2 yards for a TD – both in the fourth quarter — to make it 23-7. Ratliff has four of his seven rushing TDs in the last two games.