The sources say Bliss, who came to South Caldwell in October after retiring after five years as principal at Maiden, will teach and coach at Bandys. 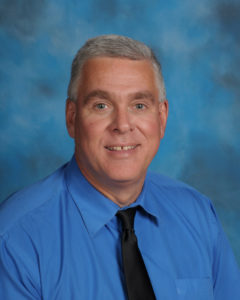 That will put him back in coaching for the first time since 2013-14 as head coach at Fred T. Foard. He has been a head coach for 18 years – three at Brevard, seven at East Burke, five at West Henderson and three at Fred T. Foard – with an unofficial career record of 288-171.

Contacted by HobbsDailyReport.com, Bandys athletic director Brandon Harbinson said he hopes to have a new boys’ varsity basketball coach at Bandys in the next 60 days. He declined further comment.

In order for Bliss to return to the classroom, his teaching contract must be approved by the Catawba County Schools Board of Education, which next meets on May 11.

Coaching assignments are not part of the board of education’s approval process, as they are then made by a school’s principal.

The next boys’ head coach at Bandys will place Matt Oaks, who was selected interim head coach for last season after Adam Dutka (40-58, four seasons) was not asked to return.

The Trojans went 8-17 last season, finishing in a tie for sixth place with Maiden (each 3-11 in the South Fork 2A). Bandys did not make the state playoffs after two straight bids under Dutka.

After entering games in January at 5-5, Bandys lost six of its next seven games – including a home overtime loss to Newton-Conover and a two-point road loss to eventual league champion Lake Norman Charter – to fall to 1-6 in the South Fork 2A.

Bandys went 2-6 the rest of the way, winning at home against Maiden and at West Lincoln, but finished on a three-game losing streak that included a 50-point road loss to East Lincoln in the opening round of the conference tournament.

Bliss is a second generation coach. He played one season of varsity at East Burke for his dad, Rob Sr., and two years there for Rick Ogle.

He played basketball at UNC Asheville and Appalachian State (1989 graduate) and earned a master’s degree in education from Gardner-Webb in 2009.

Bliss began his coaching career in 1989-90, coaching junior varsity boys at West Caldwell and working with Danny Anderson, who is now head boys’ varsity coach at South Caldwell (he also worked at Maiden with Bliss).

For the next three years, Bliss was junior varsity head coach at East Burke (40-22 record) and he spent three years in the same role at Freedom (51-5). He was a varsity assistant under Terry Rogers when the Patriots won a state title in 1994.

Bliss then spent three years as head varsity coach at Brevard and then seven years as head coach at East Burke, where he has the most career wins in varsity boys’ basketball (129-63).

He left for West Henderson after the 2005-06 season, coaching there for five seasons, before heading to Fred T. Foard. He eventually became an assistant principal at Foard and left to become principal at Maiden.

When Bliss took over the Tigers, they had lost 24 straight Northwestern 3A-4A games and had missed the state playoffs for five straight seasons.

Sixteen of Bliss’ varsity boys’ teams have reached the state playoffs. His second team at Foard started 8-0, won league and conference tournament titles, and lost in the third round of the state playoffs to Ashbrook.

Bandys had 21 straight playoff bids from 1972-73 through 1992-93 — including finishing second, fourth, second and winning a state title in 2A over a four-year run that began in 1978-79 when Vernon Odom was a freshman.

Since a state playoff  appearance under Brian Brown in 1992-93, the Trojans have had only six state playoff teams over 27 seasons and a winning record only three times in that span.