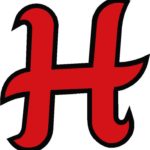 Pairings for the Area IV playoffs (best-of-5) are due out after a meeting on Friday in Cherryville with first-round series beginning Saturday.

The East Division had five teams complete the season and the West had seven, with Queen City winning the East title and Cherryville and Rutherford County sharing the West crown.

Hickory’s only win in the last six games was a forfeit from Asheville, which dropped out of play.

Rutherford County had a nine-run second inning and was up 12-3 after six innings on Wednesday night at Henkel-Alley Field.

Boone and White hit home runs and Boone drove in four runs while Strange and White each had two RBIs.

Burke County scored a run in the fifth inning and three in the seventh inning.

Braxton Hensley and Peyton Smith led Burke County’s nine-hit attack with two each with Hensley adding three RBIs (he had a triple).

Post 48 had eight hits, including three each by Henry Stewart (Hickory) and Barkley.

Luke Davis (Hickory) tossed a complete game for Hickory, allowing nine hits and four runs (all earned) with two walks and one strikeout.

Burke County lost twice to Rutherford County (7-6, 4-3 in 11 innings) to finish 6-10 overall and 6-8 in the West Division, tying Henderson County and Caldwell County for fifth place.