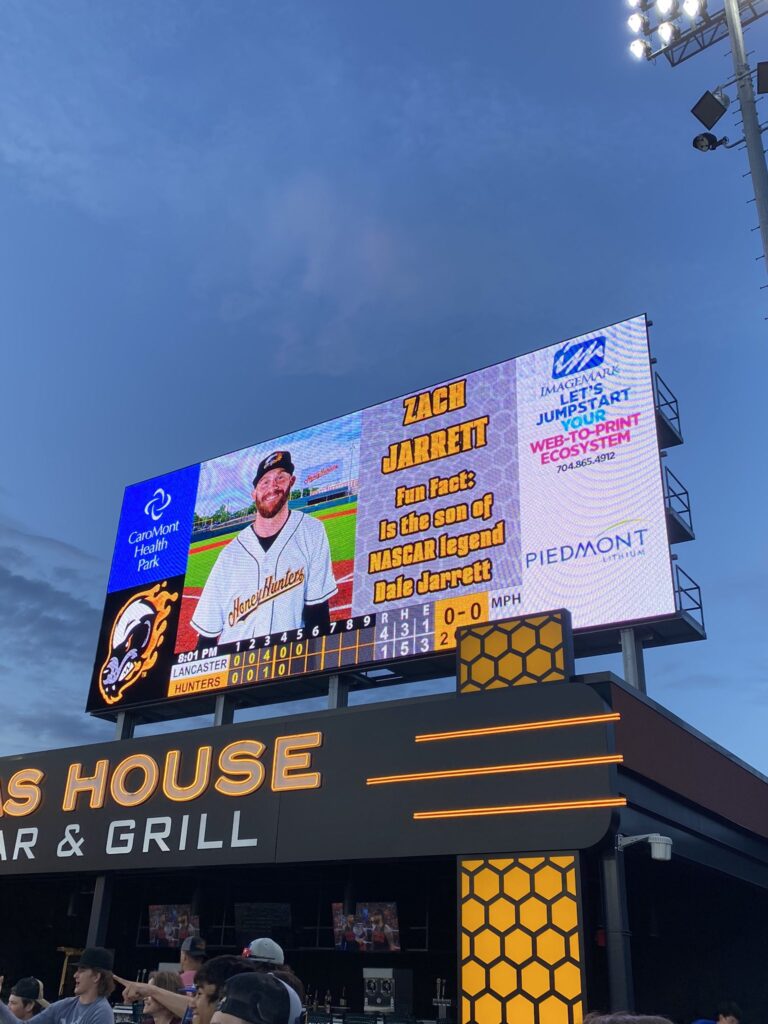 Former Hickory High and Charlotte baseball star Zach Jarrett, released by the Baltimore Orioles as spring training ended, is playing for the Gastonia Honey Hunters. He was in the Orioles’ organization for four seasons, playing in 91 Triple-A games last season in Norfolk (Va.), and he was in spring training with the Orioles before they made a decision to release him./GASTONIA HONEY HUNTERS PHOTO

GASTONIA — After 12 games, former Hickory High star Zach Jarrett is hitting .279 with two home runs and six RBIs for the Gastonia Honey Hunters, and they are in first place.

Gastonia (11-2) plays a doubleheader at Staten Island on Sunday and it next home series is My 17-19 against Southern Maryland. 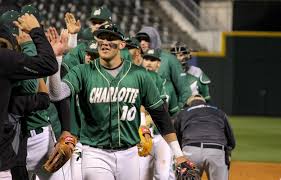 The Honey Hunters are in the Atlantic League’s Professional Baseball South Division and one game up on the High Point Rockers. The other teams in the division are the Charleston Dirty Birds, the Lexington Legends and the Kentucky Wild Health Genomes.

Jarrett was released by the Baltimore Orioles as major league spring training ended.

He spent four seasons in the minor leagues with Baltimore after being drafted in the 28th round of the 2017 draft. He was a college baseball star at Charlotte.

He played in 398 pro games before signing with Gastonia. That included 91 games last season for Triple-A Norfolk (Va.), and he career totals of 65 doubles, 10 triples, 37 home runs and 167 RBIs and a .257 batting average.

Last season in Triple-A, he hit .221 with 10 home runs and 35 RBIs, and he was in spring training with the Orioles and went 1-for-3 before being released.