LENOIR – West Caldwell High has confirmed its former player and assistant coach, Billy Anderson, will return as its next head coach for varsity boys’ basketball. 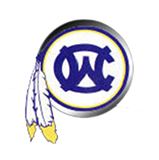 WCTI12 (https://wcti12.com/sports/content/july-31-11-pm-sports-east-carteret-loses-boys-basketball-coach) reported on its Monday night late broadcast that Anderson was leaving as head coach at East Carteret to become the head coach at West Caldwell. He has also been athletic director while at East Carteret.

That report and additional information were posted by HobbsDailyReport.com (https://hobbsdailyreport.com/high-school-basketball/breaking-news-tv-station-reports-billy-anderson-next-boys-basketball-coach-at-west-caldwell/) on Monday night, and official confirmation of Anderson’s hire was via an email press release from West Caldwell officials on Wednesday.

Here, in part, is the press release:

Billy comes to West Caldwell with 19 years of coaching experience at the high school level. He began his career as an assistant coach at West Caldwell, where he stayed for seven years. He then left to be the head men’s coach at East Burke for one season before moving on to East Carteret, where he has been the head coach for 11 seasons. He has also served as the athletic director at East Carteret.

“To say that we are excited to add Coach Billy Anderson to our staff would be an understatement,” West Caldwell Athletic Director Stephen McMasters said. “We have worked extensively to make this happen for a few months. Although the process took a great amount of time, we feel like it was definitely worth it.

“I feel confident that we will get our men’s basketball program back to the level in which we are accustomed to.

“Billy and I were teammates on the 1994 state runner-up team and we coached together at West Caldwell.

“I know first-hand that we have been able to secure a man that will be great for our young men and our school.

“His record speaks for itself as we have been able to hire a proven winner. It is a great day to be a Warrior!”

The statement in the press release from West Caldwell principal Craig Styron: “Anytime you can have a Warrior alum, especially of the caliber of Billy Anderson, return to the place he grew up, went to school, played and coached, you definitely know there is a vested interest in seeing the program return to producing not only great teams, but as importantly, fine young men who will give tremendous effort and display sportsmanship on the court, in the classroom, and in our community.

“We truly have gotten a winner in Coach Anderson and look forward to watching our young men grow not only athletically in basketball, but as young men in our wonderful community.”