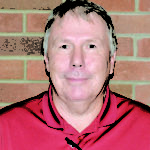 HICKORY – St. Stephens’ pursuit of a third straight winning season in girls’ high school basketball will be directed by Roger Shield, head coach the past three seasons at Lake Norman.

Shield has been hired to coach the Indians, 14-12 last season and 17-11 the season before that in a four-year tenure under Betsy Reynolds, who resigned.

The hiring of Shield was first reported by The Observer News Enterprise in Newton. 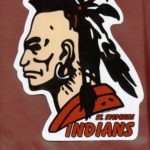 “I’m excited,” Shield told the ONE. “We want to kind of play an up-tempo. We want these kids to get a little bit better every day and sooner or later they’re going to be ultra-competitive, and hopefully win some games for us.

“We want to stress the all-around person in our program. We want them to be good citizens, good basketball players and good students as well.”

The Indians played well down the stretch last season, when they went 8-6 in the Northwestern 3A-4A to tie South Caldwell for fourth place.

At one point, St. Stephens had lost four straight games before reeling off five straight wins and six in seven games. Included in that stretch were a rare victory over Hickory (at St. Stephens), a road victory at South Caldwell, a loss at conference champion Freedom and a win over Fred T. Foard.

Southwestern Randolph eliminated St. Stephens 57-54 in the first round of the state 3A playoffs.

At Lake Norman, Shield’s team went 6-8 to finish fifth in the North Piedmont 3A-4A but did not qualify for the state 4A playoffs last season. His first two teams were 11-11 and 12-13, each falling in the opening round of the state 4A playoffs to, respectively, Southwest Guilford and South Caldwell.

Shield said he’ll learn more about his new team as soon as possible.

“I’m not sure if what we ran at Lake Norman will work here,” he told the ONE. “I’ll know more during the fall when we start working some open gym workouts. I’ve got a few ideas that might work with what I’ve talked to other coaches about and with these kids here at Saint. So, it’s kind of wait and see.”