Lenoir-Rhyne in with Anderson, Catawba.

ROCK HILL, S.C. – The South Atlantic Conference (SAC) announced Monday it is moving to divisions in volleyball, baseball and men’s and women’s basketball in 2022-2023. 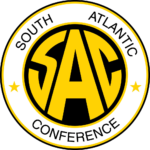 At its annual meeting, the league said it is making the switch with the addition of Emory & Henry College.

The move is designed to help with travel and missed class time and will also allow schools to schedule more non-conference opponents.

The divisions have not yet been named. They will be divided geographically:

In other moves decided at the annual meeting:

— The conference will have men’s and women’s swimming championships starting in 2022-23, upping the conference’s total of titles to 24.

— Barton College and Erskine College will join the SAC for the 2022 and 2023 football seasons as affiliate members in football only.

— The league decided its intra-conference transfer bylaw will require student-athletes to serve a year of residence if they transfer directly from one SAC school to another.

Also, a student-athlete who has graduated with an undergraduate degree but still has eligibility remaining, may transfer within the league one time and be immediately eligible.